"I hate to tell you, but it's time for school." -- Sally Brown, Peanuts 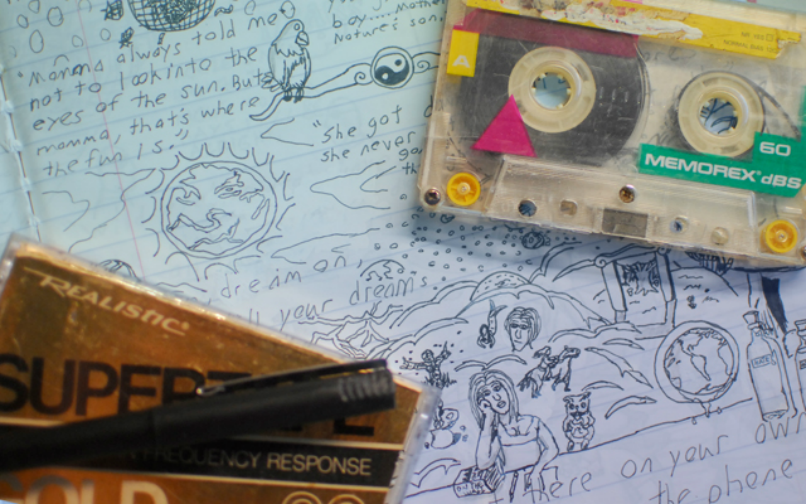 In honor of another year of pencils, books, and teachers’ dirty looks, Editor-in-Chief Michael Roffman revisits his ultimate back-to-school mixtape. So, dust off those Yikes pencils and grab an apple, because it’s time to hit the stacks, folks.

I was born in late August and attended schools in South Florida, which meant two things. One, I was doomed from the beginning, considering the public school systems there are garbage. And two, I was always going to celebrate my birthday on the first day of school, which kind of sucked because nobody ever remembered it, and everyone was too busy to even bring cupcakes to class. Now, I wouldn’t have cared so much if not for the fact that everyone else in the class — from kindergarten to third grade, really — had special afternoons dedicated to their entrance into this world.

So, I wasn’t always thrilled about school. In fact, whenever I turned the page on my annual Peanuts calendar to see August, I groaned and sunk my head like the comic strip’s cardinal character. To me, the idea of going “back to school” was always a mixed-emotional thing. I hated to see the youthful summer days end, but I also looked forward to the holidays, especially Halloween, which always conjured up some sort of school-related party, dance, or after-school parade. Whenever my mother would insist upon getting new school supplies, I tried to put it off, for fear that it really meant that I was back in the classroom, staring at the chalkboard, and waxing nostalgic about the “better” days at the beach, wheeling around the neighborhood, or eating pizza late at night while playing video games. I’m talking about my college days — clearly.

Anyway, all that is behind me now. I don’t even own a Peanuts calendar anymore. But a couple of days ago, as I was walking through Walgreens looking for sugary cereal (so much has changed, har har), I passed an advertisement for school supplies and felt that jolt again. It had me laughing — but also thinking. As I walked home, I went through my long, storied history with school and thought about the assortment of lessons and stories that have stuck with me. Then I started sympathizing with those who still have to go back to school. The end result of that sympathy is a 22-track mixtape that captures all the mixed emotions tied to the institution we slave through for an average of 22 years. These choices, however, didn’t come without reason. In other words, consider this your late summer reading.