The best John, Paul, George, and Ringo had to offer as The Former Fab Four 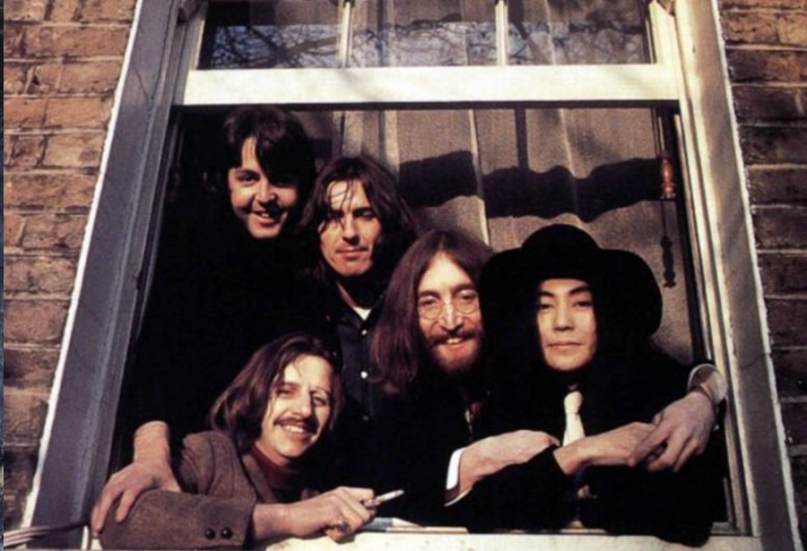 This feature was originally published in April 2009.

When my editor asked me to list the top 10 songs recorded by John, Paul, George, and Ringo following their world-changing stint as The Beatles, I knew I was in for a daunting task. Actually, it proved to be downright overwhelming. The Fab Four have put out over 70 albums of material and recorded over 1,000 songs since parting ways. And let me tell you, it hasn’t all been Strawberry Fields and Sgt. Pepper. Cases in point: McCartney’s unfortunate foray into the world of dance music, Ringo’s attempt at a country-western album, and pretty much any song pairing John and Yoko — sorry, just never got hip to it.

It’s kind of interesting, though, to reflect upon the ups and downs of these four post-Beatles careers. As the Beatles, these guys could virtually do no wrong. As solo artists, well, let’s just say they’re fallible. That’s not to suggest that they didn’t produce some exceptional music on their own and as members of other bands. This list is full of songs I wouldn’t want to live without, and there were many others (dozens, really) that nearly snuck into the top 10. It’s just sort of comforting for us mere mortals to know that a song written by a Beatle could be junk rather than genius.

Even a Beatle needs a hand sometimes, and a hand from Tom Petty, Roy Orbison, Bob Dylan, and Jeff Lynne (Electric Light Orchestra) helps more than most. The supergroup known as The Traveling Wilburys came together quite serendipitously in the late ’80s to record two albums, which featured George Harrison (Nelson Wilbury) at his absolute best since his solo work in the early ’70s. “Handle with Care” was originally to be a B-side for Harrison’s “This Is Love”. The resulting recording, however, was deemed too good to be a B-side throwaway and prompted the group to record a full album of material. The rest is supergroup history.

“Mind Games” is the title song from Lennon’s fourth solo album, released in 1973. Originally known as “Make Love Not War”, this song had been in Lennon’s back pocket since 1969 and can be heard in some of the later Beatles recording sessions. Its strange lyrics, featuring “mind guerillas” and “karmic wheels,” combined Lennon’s interests in mysticism and mind alteration, as well as hippie culture. The real genius of the song, however, are the dense layers of instrumentation, a production technique known as “Wall of Sound.” The posthumous music video made for “Mind Games” has become almost inseparable from the song itself and features rare footage of Lennon in New York’s Central Park.

Starr has probably had the least impressive career as a solo artist among the four former Beatles, but his “It Don’t Come Easy” stands tall among the other classics on this list. The song was co-written by Harrison, though — in fact, rumors insist that Harrison wrote the song in its entirety — and featured Harrison on guitar, as well as Stephen Stills on piano. Regardless of who was truly the mastermind behind this song, it’s Ringo’s voice that gives “It Don’t Come Easy” its identity and made it a classic rock staple.

“Jealous Guy” provides as much insight into Lennon’s relationship and behavioral problems as any song he ever recorded. And it’s a classic that almost wasn’t. The song was originally titled “Child of Nature”, inspired by Lennon’s trip to India, and three different versions of this song have surfaced from various recording sessions. Eventually, Lennon reworked the piece as an apology and explanation to Yoko for his jealous nature and well-documented destructive behavior. As personal as this song is, lyrics like “I was feeling insecure/ You might not love me anymore” have struck a chord with millions of listeners. Apparently, there are more jealous guys out there besides Lennon.

While Harrison’s songwriting abilities may have been overshadowed by the imposing tandem of Lennon/McCartney, it’s arguable that Harrison’s All Things Must Pass is the best solo album put out by a Beatle. “What Is Life” is the first track on the second side of that album, and with its riff-driven bounce, soaring harmonies on the choruses, and perfectly placed sax and trumpet, it’s probably Harrison’s catchiest pop song. Once again, Harrison surrounded himself with nothing but the best musicians, which included none other than Eric Clapton alongside him on guitar.

“Band on the Run” is the title song from McCartney’s third full-length release with Wings and his best-known song with the band. What’s most interesting about this recording is how McCartney uses three very different musical styles to tell a story of escape from imprisonment. The first verse has a folk song feel to it, complete with harmonies. The second verse has the crunch of a Neil Young, early grunge sound. And finally, the second half of the song kicks into that infectious pop that made it a hit. McCartney was far from the first to release a multi-part rock song, but I know of few other recordings of this type that marry meaning and melody so effectively. Nothing sounds more like liberation than McCartney’s chorus: “Band on the run/ Band on the run/ And the jailor man and Sailor Sam/ Were searching everyone.”

“My Sweet Lord” was the first single by an ex-Beatle to reach No. 1 on the charts. After Billy Preston, one of several musicians known as the “Fifth Beatle,” had minor success with the song, Harrison chose to record it for his first solo album, All Things Must Pass. It would turn out to be both Harrison’s biggest hit and biggest headache. After release, a legal battle ensued concerning the song’s similarities to The Chiffon’s “He’s So Fine”. The courts found Harrison guilty of “unintentional copying.” Harrison would go on to buy the rights to the composition and record “This Song”, a comical courtroom send-up about his infamous legal controversy.

Backed by a version of the Plastic Ono Band that featured Harrison on electric guitar, “Instant Karma” was released as a single in early 1970, with instructions to “Play Loud.” It may not top this list as the best song by a former Beatle, but it’s my personal favorite. Lennon’s bark over those driving drums and claps, coupled with the balls-out “We All Shine On” chorus make for a rock song that you can’t help but crank up loud and sing along to. “Who on earth you think you are/ A superstar? / Well, right you are!”

“Maybe I’m Amazed” is the best of the several songs McCartney wrote for his wife Linda, and it’s become one of the quintessential love songs of rock ‘n’ roll. I’ll also go out on a limb and say that it’s arguably the best vocal performance ever given by a Beatle. The raw passion and desperation in Sir Paul’s voice when he delivers lines such as, “Baby, I’m a man/ And maybe you’re the only woman who could ever help me/ Baby, won’t you help me understand” are undeniable and matched by few other recordings. This song resonates with anyone who has ever been pulled out of harm’s way and rescued by a lover.

I told myself it was too obvious to have “Imagine” as the No. 1 song on this list, but there was no way around it. This fairly simple and straightforward piano tune’s timeless and universal quality has made it one of the most recognizable rock recordings the world over. And maybe the most fascinating thing about “Imagine” is that its lyrics speak against so many basic tenets of our society — religion, nationalism, and capitalism — but does so in such a nonthreatening way that you’re likely to find it on the iPods of priests, patriots, and captains of industry alike. An “anti” song that comes across as hopeful for a better tomorrow. Very clever, Mr. Lennon.