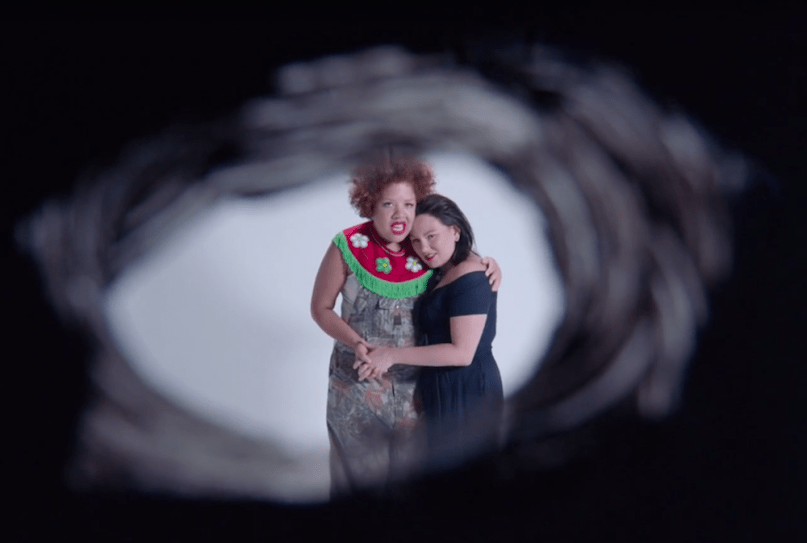 “I almost don’t think of ‘Scream’ as a song, it’s like a sculpture in the middle of the album, sticking out poking people like a 3D installation,” Weaves singer Jasmyn Burke shared in a press release. She elaborated further, noting how the song is both a statement against wrongheaded societal traditions and a statement in support of self-love:

“The initial demo was just one guitar riff and me hitting my pant leg really hard and the loop just stirred up some sort of emotional whirlwind in my mind. I think everyone is having a hard time processing what’s happening right now and I started thinking about how some people hate or want to harm me because of my physical appearance, and that made me want to write something about loving yourself.

“On tour we meet so many people, and often I meet young girls and women of colour who say they’ve never seen someone that looks like them represented in a rock band. I just wanted to say, ‘hey, we’re here, we’re strong and we deserve to see ourselves reflected more often in the world.’ Female identifying people regardless of race are not just one person — we have different ideals, passions, friends etc. and yet we get pigeon-holed or are systemically dismissed and treated as less.”

Check out “Scream” below via its official music video, which was directed by Weaves and features a cameo from Tagaq.

In addition, the two acts performed “Scream” at the 2017 Polaris Prize Gala last night (where they both lost out to Lido Pimienta). Revisit that footage:

Weaves’ new LP, Wide Open, arrives October 6th. They’ll be touring behind it for the next few months.