A fitting title for the unannounced release 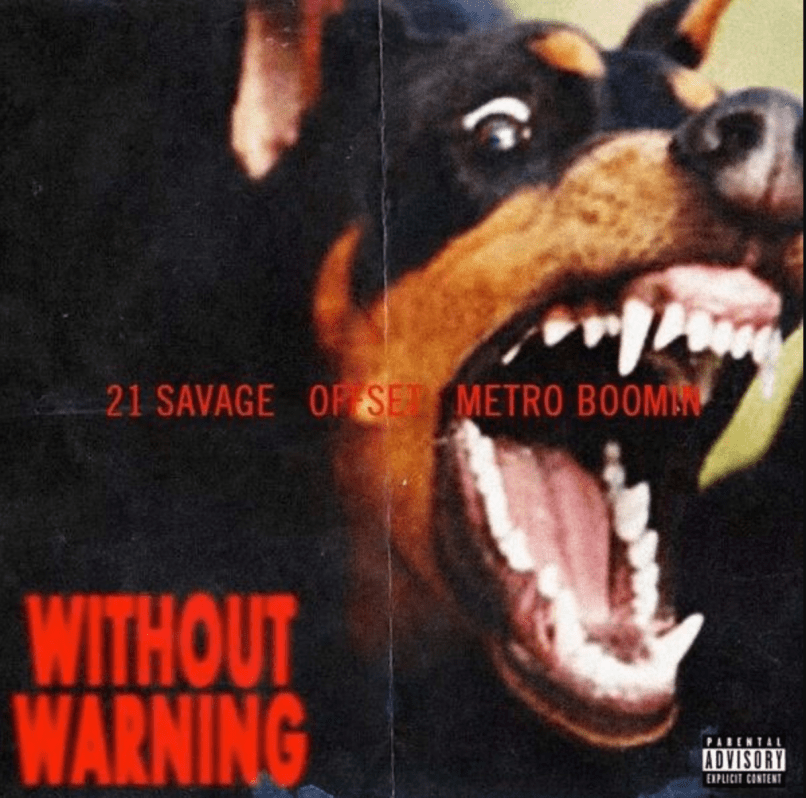 Out of nowhere, three of the biggest names in Atlanta hip-hop have joined forces for a surprise new album. Fitting titled, Without Warning, the 10-track album is a collaboration between 21 Savage, Metro Boomin, and Migos’ Offset. Additionally, Travis Scott and Migos’ Quavo appear in guest roles. Listen below.

Earlier this year, 21 Savage released his debut LP, Issa Album, while Offset and his Migos cohorts blew up with their sophomore effort, Culture. Both efforts featured support from Metro Boomin on the production side of things, so this team-up has clearly been brewing for quite awhile. More recently, Migos teamed up alongside Nicki Minaj and Cardi B for “MotorSport”.