Karin Dreijer pushes herself to new limits, and it feels entirely individualistic 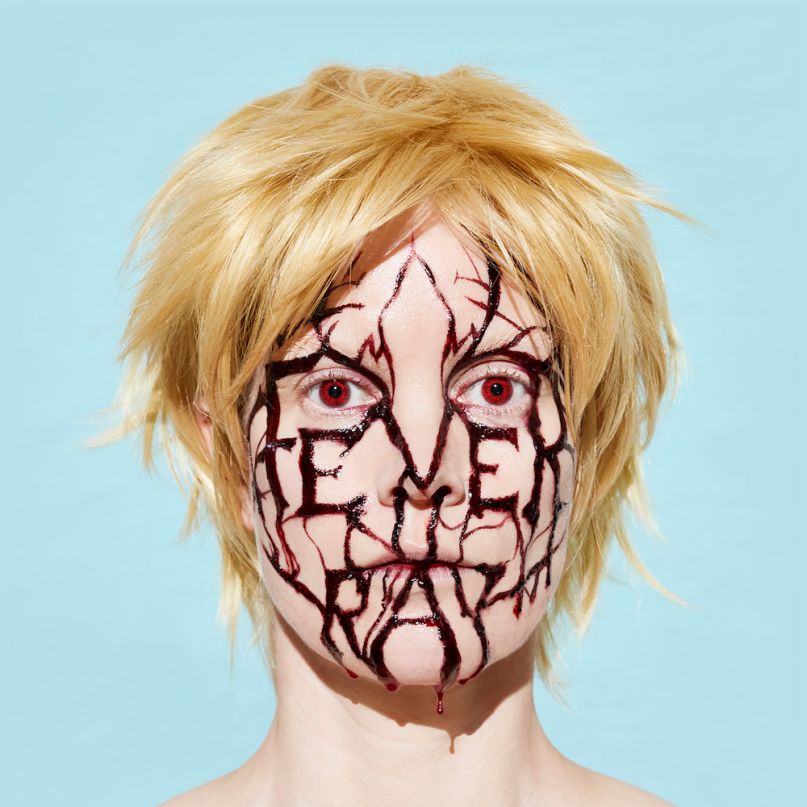 Fever Ray has always been an outlet for independence. Karin Dreijer does things on her own terms, and while that’s obvious in The Knife — the absurdist electropop duo between her and her brother, Olof Dreijer — it is particularly clear in her solo project. Her debut album as Fever Ray, 2009’s self-titled LP, was a response to her having kids that turned into an open-ended album about an alien gawking at humanity, just odd enough to draw up cryptic images but soothing enough to lure thousands of new fans in. Now, eight years later, her sophomore follow-up, Plunge, appeared out of thin air. After dropping two teaser videos and one single, Dreijer took to the internet last Thursday to announce the album would be released the following day. With it came a short essay about binaries, sexual pleasure, and pain, among other things. She wrote every song, she pushes herself to new limits, and it feels entirely individualistic.

And yet, despite this, Plunge isn’t solitary. Though it’s essentially yelled through a megaphone atop a weird, gaudy castle, it’s music that provokes a response because of how immediate it feels. Dreijer hides behind her pitch-shifted voice, ominous beats, and shrill synths, but every song on the 11-track album feels staunchly transparent. It’s meant to make you stand alert and feel unfamiliar with where you are, and yet there’s an innate, automatic response to move, to dance, to breathe. Plunge is a command from someone who followed that very order mere seconds before you. It’s one person speaking to herself, and in turn she’s speaking to you.

That type of veiled explanation can be hard to parse, but a single listen to Fever Ray’s new album clarifies how that’s important to understanding the record. Dreijer is caught in the middle of love but stands by herself. Being independent is an act of love, a way of learning how to interact with the world and fall hard for it without a safety net beneath you. But being independent is also a variant of starvation, subjecting yourself to a lack of partnership or constant support. So this time around, Fever Ray offers up a brightly colored, dance-driven purge at a time when it feels like there’s nothing left to vomit. It begins with “Wanna Sip”, a dark, twisted number where hand claps flicker off a throbbing, uneasy bass beat. Dreijer, eager to get in your face, immediately addresses her biggest struggle: “I wanna love you, but you’re not making it easy.” An elongated, descending synth note spirals down the scale. Immediately, she creates a world mid-crumble without any of the overwhelming chaos. In a strange way, it’s beautiful, but that’s to be expected by now.

Dreijer continues to build this landscape of miniature squeals and hyper-filtered lyrics. “A Part of Us” falls into a rhythmic, peaceful tale about creation, as paralleled between her planting a walnut tree and her beaming, drunk, in the safe space of a lover’s gaze. On “Falling”, she belches out vowels over a wave of synth and a barely discernible beep that sounds like the final hum of a dead phone call. But the album’s strongest moments come from fierce, unflinching odes to sex. “IDK About You” darts in circles, essentially an absurdist footwork track trying to lure someone to bed. “Let’s find out what you are about/ What’s hidden in there?/ What you got for me there?” she sings, letting her voice reel backwards, a few yelps snapping behind her. Elsewhere, it unfurls in a slow seduction, like on “To the Moon and Back”. A buoyant beat builds a relatively tame rumination about creamy kisses and warm lips up to its closing line, “I want to run my fingers up your pussy,” which she enunciates with pride. Never mind the overbearing orders to be gagged on “This Country”. Instead, zoom in on her calls for free abortions and clean water, later followed by a ruthless mantra that “This country makes it hard to fuck.” Dreijer’s describing two-to-tango ordeals in love, yet every song feels like an anthem to the multiple sides of independence.

As with anything Dreijer creates, it’s difficult to know what prompts her creations, but it’s possible the fierce intensity of Plunge comes in the wake of a divorce. Her name is listed as Karin Dreijer, not Karin Dreijer Andersson. Songs like “Mama’s Hands” bring a fractured family life into focus. (“When you finally/ Find a new family/ Please stay, stay, stay with me.”) Even the essay she shared, titled “The decision to fall is harder than the fall itself,” reads like a manic struggle about wanting to start over while being too sexually frustrated to have the patience to do so. “It is too early to fall in love,” she writes, “but all of history has happened and now there seems to be only the remainder to be arranged and rearranged,” before going on to question the overlap of heartache and sexual desire at large.

No matter what prompted them, the questions Dreijer brings under investigation — are we allowed to live freely? How do we become real? How can we save ourselves, or is that not even up to us? — transform an album of movement into an album of life at large, of both physicality and mentality. At times, the album’s vagaries make it difficult to immerse yourself in the way that Fever Ray’s debut did, but the instrumentation and Dreijer’s primal delivery of the lyrics make Plunge a gripping follow-up that upstages its predecessor. Fever Ray made you self-aware of your mind. Plunge makes you self-aware of your body, what it’s capable of, and how good it feels to move in your skin. Centuries seem to pass between albums by Dreijer. It makes their arrival that much more of a celebration, but in the case of Plunge in particular, a break in time allows Dreijer’s work to be better understood. When we last saw her working alone, she seemed wild but in line, questioning the world. This time, she has no time for boundaries, questioning larger factors of life by overlooking the rules we use to describe them, subjecting herself to complete immersion and pushing listeners to do the same.

Essential Tracks: “To the Moon and Back”, “IDK About You”, and “This Country”