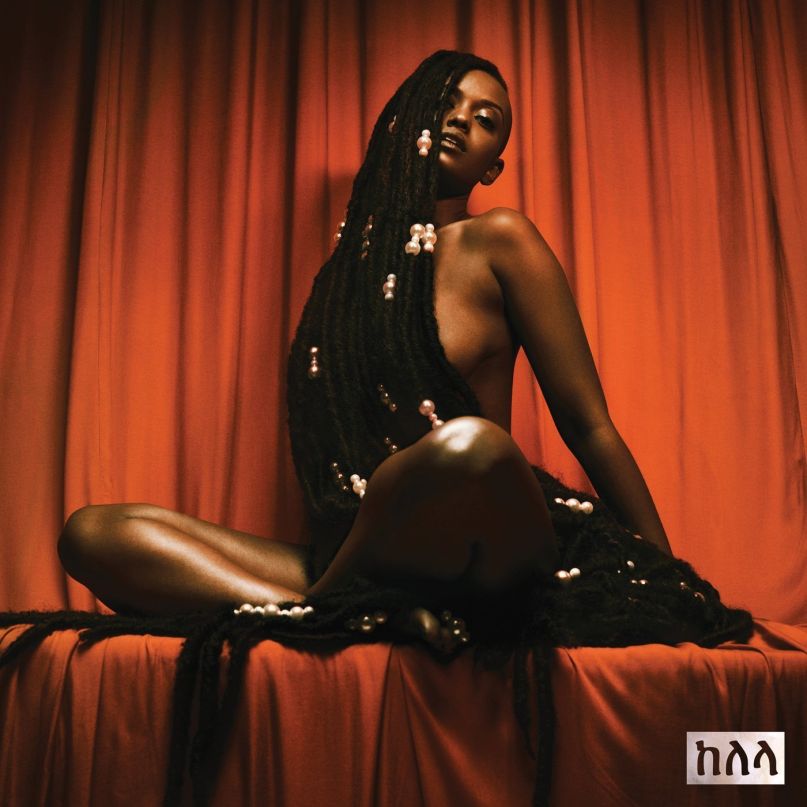 Kelela is unafraid of the darkest parts of herself and frequently given to diving deep on her long-awaited debut album, Take Me Apart. In it, she is intimately familiar with and affirmed by candor, as evinced by the first lines of the lead track, “Frontline”: “There’s a place you hold I left behind, I’m finished/ Since you took your time, you should know why I’m quitting.” Threading razor-sharp lyrics across 14 tracks, Kelela crafts a powerful statement about who she is, who she is not, who she might take home, and who she has no desire to engage. She does not mince words, doubling down on the title track: “You don’t know my bed/ Tonight you might find out/ Open up my window/ Once you’re in there’s no way out.” The “sorry, not sorry” approach to personal narrative is one that yields a flawless self-portrait of a flawed woman set against lush, dystopian production from dedicated producers Jam City and Arca. They are joined by a formidable crew behind the boards, including Kwes, Bok Bok, Romy Madley Croft (of The xx) and co-executive producer Ariel Rechtshaid; the production team should be familiar to fans of the 2013 cult classic Cut 4 Me mixtape and Kelela’s 2015 Hallucinogen EP.

Take Me Apart is a multi-faceted sidewinder of a release that refines the aesthetics of Kelela’s previous projects and painstakingly marries them to exemplary result. The album is a graduation of sorts that finds her in lockstep with production that would have swallowed her in the past. Kelela matches the beauty of massive orchestral arrangements with ease. Laser focused in pulling the potential from spare, abstract pieces, she takes the onus for the success of each song away from the melody and places it entirely on her solo performance — a notable display of confidence that allows her to saturate the mix despite lacking a power vocal and finds her layering delicate sheets of harmony — the lead instrument of the project, to construct a mighty house of cards.

Take Me Apart is flush with resilience and the kind of brutal honesty that allows the heart to charge some lovers to the game but also leaves room for dessert. Within that intricate framework is a singer dissecting herself and owning every ounce of her being. She is tepid with those outside her orbit and tender with those she lets in. She is as brash and prone to breathing fire as she is sweet. She is the star of the story and the supporting cast. It is not a suitor, but Kelela who is unapologetically in love with herself by the close of the album. That love rises from Kelela to radiate across each track, enabling her to shimmer in cold, mechanized soundscapes where the moments are unpredictable even when a hint of straightforward pop descends to tickle the nose. That love is what elevates the project and confirms that it was worth the wait.

The first half of Take Me Apart takes a back seat to the second, though it does not slouch. There is certain redemption to be found in “Waitin” — a tropical dance jam that conjures “Pleasure Principal” Janet Jackson and deploys trunk-dragging bounce to score a post-breakup collision. The producers, whose respect for the integrity of each composition is evident, should be commended for their refusal to use trap as a crutch. Lead single “LMK” is a cavernous, come-hither anthem that feels like electricity rising from a black hole and boasts a hook that should bring the girls to the yard in unison. The songs that are not obvious standouts find their magic in the realm of mood music, where they will score a breakup, a one-night stand, or at least one good cry. “Onanon” counters with a smoldering, ambient arrangement that combines driving, industrial percussion with feather-light whispers that could pass for sweet nothings if Kelela were not lamenting a repetitive cycle of abuse.

Putting aside all of the work Kelela has done to hit her stride in the mix, she is ironically most brilliant when the producers lay out. The ethereal closing track, “Altadena”, opens with slow jam chords that recall Madonna’s “Borderline” era strip mall pop. Kelela arrives lovelorn but gangster, singing from the ledge of a disappearing dimension with a resignation and swagger that suggest heartbreak is a mere formality: “Nothing to be said or done/ It’s not just me, it’s everyone/ Let me remind you/ Nothing to be said or done/ There’s a place for everyone/ Let me remind you.” Softening the blow with the compassion of a sustained embrace, Kelela spends the final moments trading with acoustic piano. Naked save for cascading harmonies and a patient chant that reaffirms her power, Kelela delivers the most poignant notes of Take Me Apart at this exact moment. In doing so, she joins the exclusive sorority of high-profile envelope pushers and extraterrestrial quiet-storm queens that includes the likes of SZA and Solange.

It could be argued in the era of the “selfie” that plenty of people get narcissism confused with self love. Kelela breaks down the difference, detailing the lived experiences and growing pains necessary to be at peace with and ultimately prioritize oneself on Take Me Apart. In the moments devoid of love, she is diligent in mining the gray areas of lust, like, and tenderness to challenge the idea that intimacy can only exist in a vacuum of stated commitment. Breaking down and sacrificing herself to make those points, Kelela achieves completion. Completion not just for the woman behind the music, but the music itself.  Completion that may be the catalyst for transformation in someone else.