Liam Gallagher – As You Were

The former Oasis frontman gets a chance to do things his way, and it pays off 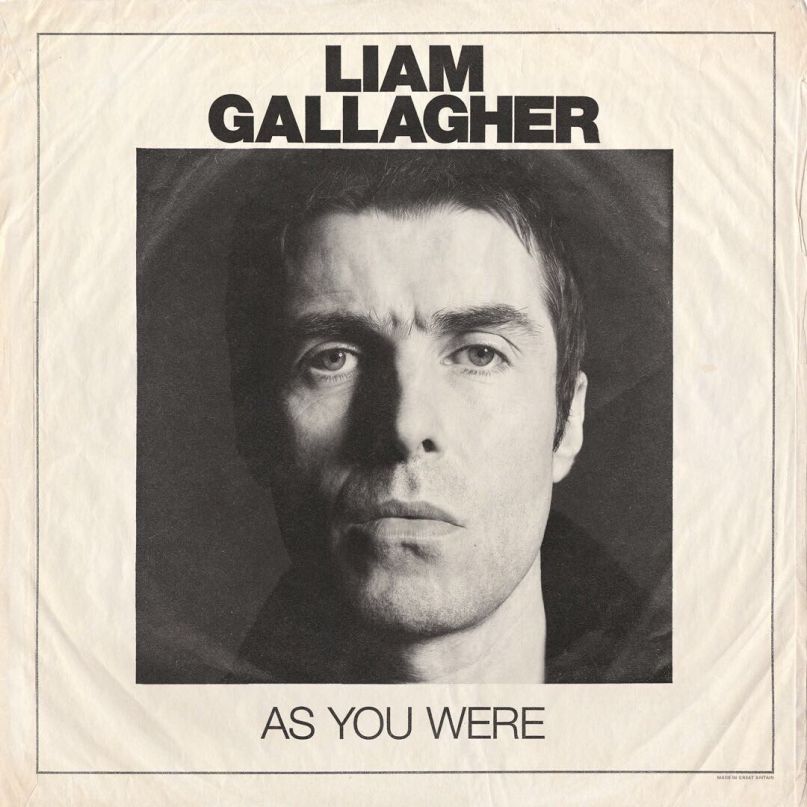 Former Oasis frontman Liam Gallagher may be one of his generation’s greats, but that doesn’t mean anyone was expecting anything too impressive from As You Were, the Manchester musician’s first solo album. That’s because after Oasis’ volatile breakup, the two albums Gallagher recorded with Beady Eye shaped up to be nothing more than mediocre attempts at recapturing the grandiose appeal that made Oasis superstars. Liam doesn’t play well with others (his Twitter is basically a nonstop stream of insults), so maybe that’s why As You Were stands so strongly apart from Beady Eye’s discography. On As You Were, Liam Gallagher gets a chance to do things his way, and it pays off.

Lead single “Wall of Glass” starts the album with a sound that demands a stadium to contain its expansiveness – but there’s a jaw-dropping moment after a bluesy guitar solo when the chorus of instruments fades out, apart from a repetitive kick drum beat. With double-tracked, harmonious vocals, Gallagher sings over the isolated drums, each line divided by a twangy, echoing guitar strum. In that moment, “Wall of Glass” sounds like it could fit easily onto Oasis’ famed (What’s the Story) Morning Glory? Gallagher’s voice remains as attention-grabbing as ever. “Bold” and “Greedy Soul” follow “Wall of Glass” with a similar vastness – you can imagine where arena lights would flash across a crowd in each song. But does this epic production standard come off as genuine?

After he wrote “Bold” and “When I’m in Need”, Gallagher scored a deal with Warner Brothers. Soon after, Gallagher flew out to Los Angeles to meet with potential collaborators. As a result, eight of the album’s 12 tracks were co-written with influential producers like Andrew Wyatt (Miike Snow, Lorde, Charli XCX) and Greg Kurstin (Adele, Foo Fighters, Beck).

Is there any shame in co-writing music when it’s almost an industry standard for artists on major labels? Considering the fact that Gallagher calls himself “the best songwriter in the world,” it’s a little weird. But it is also worth noting that Liam never wanted to be a solo artist. In an interview with Newsweek, Gallagher says, “There is no band at the moment, so a solo record it is … I’m doing a solo record ’cause I have to.” If you give Liam the benefit of the doubt, it’s almost as though production professionals are Gallagher’s stand-in bandmates.

Though As You Were kicks off with stadium-sized rock songs, some of the record’s most memorable moments arrive on its ballads. On “Paper Crown”, Gallagher takes things down a notch – the melancholy, acoustic folk song laments loneliness in a vague manner, suggesting that the “ashes of your paper crown” reflect a fall from royalty (or, rock ‘n’ roll royalty?). Then, “For What It’s Worth” shows Liam at his most uncharacteristically vulnerable. It’s almost comical when Liam sings, “In my defense, all my intentions were good/ And heaven holds a place for all the misunderstood.” How misunderstood is someone who has spent the greater part of their career making enemies? Regardless, it’s refreshing to see Liam show any semblance of emotional growth. But therein lies what is simultaneously the most compelling and most confusing aspect of the album: Gallagher portrays himself as both a rock ‘n’ roll star and a sensitive songsmith, and by the end of the record, it’s still unclear what As You Were wants to say.

Is it enough for an album to just be well produced and catchy? Maybe it’s the rotating cast of co-writers and collaborators that leave As You Were feeling as though it lacks any unifying theme or message. “For What It’s Worth” is an apology, while “You Better Run” comes off as a threat and dares us to “walk in someone else’s shoes”; it’s hard to trace any potential narrative, but to be fair, Liam Gallagher’s shoes aren’t easy to walk in. No matter what he creates, he will never be allowed to match the songs he wrote in 1995, which must be incredibly frustrating. What you can’t take away from him, however, is that As You Were unmistakably glistens with the signs of a Liam Gallagher creation: it’s riddled with Beatles references and sass, but above all, it wields the guitar as an unstoppable force to be reckoned with.

Previous Story
Stormzy freestyles over a Drake beat in the music video for “4PM IN LONDON”: Watch
Next Story
The Very Best of Tom Petty and the Heartbreakers
Popular
More Stories
[fu-upload-form form_layout="media" title="Submit Your Photo"][input type="hidden" name="ugc" value="1"][/fu-upload-form]