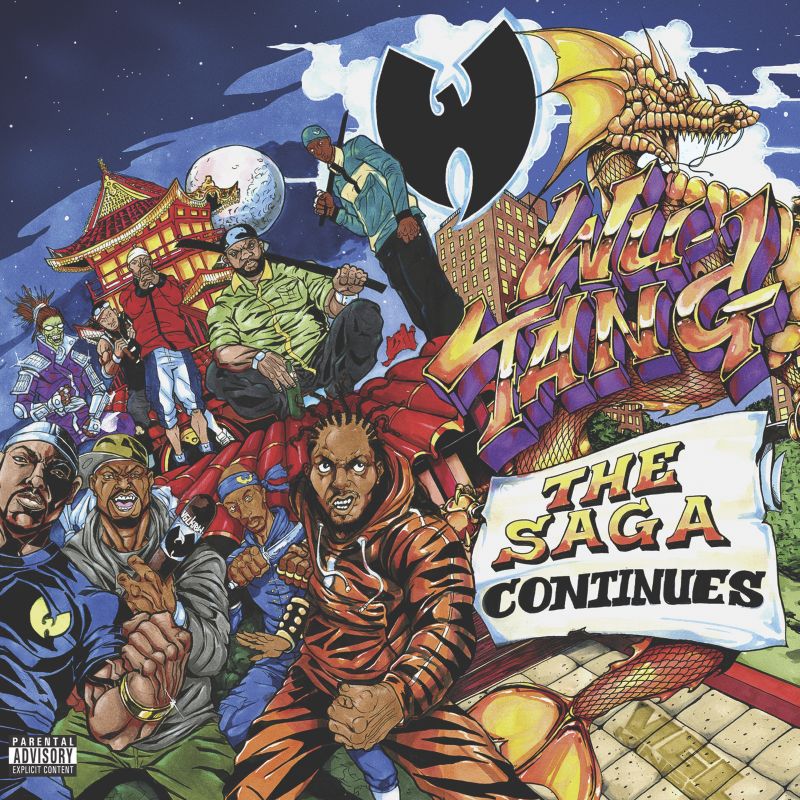 In recent years, a certain kind of New York City rap experienced a resurgence of sorts. Ushered in by the likes of Action Bronson, Joey Badass, and Your Old Droog, among others, this sound deftly updates a throwback. With an appeal in no way limited to the confines of the five boroughs, it provides a comparatively conservative sonic foil to the ascendent SoundCloud mumble rap that staunch old heads and lyrical miracle workers express endless disdain over.

Coupled with this urban renewal project, thankfully, is a newfound or otherwise reinforced appreciation for those who came before, which includes the one and only Wu-Tang Clan. Still, interest in the Staten Island group’s music seems largely mired in the past. The last Clan project to go so much as gold was 2001’s Iron Flag, with subsequent efforts like 8 Diagrams and A Better Tomorrow floundering in terms of sales and Billboard chart positions.

In essence a spiritual sequel to 2007’s Wu-Tang Clan & Friends Unreleased and its 2010 follow-up, Return of the Wu & Friends, than any of the above, The Saga Continues arrives with a bit more fanfare than expected from what amounts to a production showcase for Mathematics. True Shaolin devotees know that moniker well. While his studio mentor RZA’s production unquestionably characterized the groundbreaking first wave of the group and its core members’ solo efforts, this Queens native played a pivotal role in the sound from there on out, his beats blessing numerous solo projects, thematic compilations, and affiliate works.

After the high-stakes flops of the Wu’s last few proper records, this bundle of loosies and skits benefits to an extent from low expectations and an opportune nostalgia felt for their first three full-lengths. Mathematics’ productions like “Lesson Learn’d” and “Pearl Harbor” hearken back to the deliberately dusty soul that first gave foundation to the essential voices of Inspectah Deck, Ghostface Killah, Method Man, Raekwon, and executive producer RZA, all of whom make repeated appearances here. Thick with martial-arts-flick samples and head-nod tendencies, “People Say” comes closest to capturing their combined powers, and even Masta Killa dips in for a solid verse.

Furthermore, by not being strictly a Wu-Tang Clan affair, guests are more welcome than usual. A longtime Method Man cohort and collaborator, Redman gets considerably more mic time than official member Cappadonna, the latter bringing booming bars to the romantic odes of “My Only One”. On the piano-led “Frozen”, buzzed-about Big Pun progeny Chris Rivers comes through while Meth and Killah Priest have their respective says. Elsewhere, the late Sean Price blesses the proceedings as do Wu familiars Hue Hef and Streetlife.

Interestingly, the standout rapper here proves to be RZA, his voice aging nicely with an almost mentholated rasp. With one of the most unique flows in rap, the veteran emcee sounds entirely at home over the pensive plonking reggae of “Why Why Why”, its interpolated chorus giving precious little time to process his refined blend of metaphorical mastery and myriad slang. Listening closely, one can hear his hip-hop descendants in his bars, even when he’s just warming up or cooling down on the respective intro and outro tracks.

While The Saga Continues engenders enough wistful reminiscences to satisfy the core, it provides shockingly little in the way of memorable moments. With most of the participants well into their forties, the dearth of younger talent on display sticks out as a missed opportunity. New York continues to burst with emerging emcees and fresh local stars who undoubtedly look up to the Wu-Tang Clan, and their chance to pay tribute alongside these already-peaked greats is instead gobbled up by skits. The more verbose of these, “Family” and “Message”, come off as preachy as 280-character Twitter threads, brimming with quips and knowledge darts destined to whiz right by millennial ears.

Essential Tracks: “Why Why Why”, “My Only One”, and “Pearl Harbor”