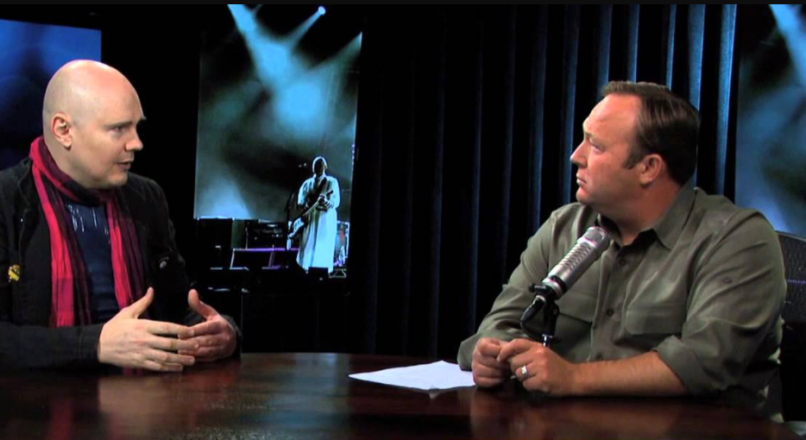 This week, Smashing Pumpkins frontman William Patrick Corgan appeared as a guest on the Howard Stern Show. The lengthy discussion touched on a variety of topics, including the reason why he now goes by William (“I did it to irritate people”); his interactions with David Bowie and Neil Young (he once found himself in a teepee with Young, Marilyn Manson, and Lou Reed); and Smashing Pumpkins’ snubbing from the Rock and Roll Hall of Fame (“It feels like high school all over again.”)

Corgan also spoke of his feud with CNN anchor Anderson Cooper. If you recall, back in 2014, Anderson mocked Corgan for appearing on the cover of Paws Chicago, a pet adoption magazine. “He ran a piece right when my record came out insinuating that I was a has-been because I had been reduced to appearing on cat magazines,” Corgan recounted to Stern. “He never explained it was a charity magazine, he gave no context, he pretended I was musically dead and that I was irrelevant.”

At the time, Corgan called Cooper a “globalist shill,” and he still holds that opinion as of today. “He’s a globalist piece of shit, which is what I tweeted, and I stand by my tweet,” Corgan said, adding, “I think there are forces in this world where people whisper in people’s ear and say ‘it’s ok to kick him in the nuts, because he’s not on our team.'”

Corgan continued: “I think there are people in the world that are sold the globalist vision of the world, that we’re all going to hold hands one day and the world’s just going to get along. And they ignore all these crazy threats around the world. They’re living in a la la land. I don’t want any part of the la la land. I believe in the American vision of the dream, and I think we’ve done a pretty good job. I’ll stick with America first. The globalist shit freaks me — I think people like that are working for other people. They pretend to working for America, they’re not working for America, which is why they go after people like me.”

Elsewhere in the interview Corgan discussed his relationship with conspiracy theorist Alex Jones. “There’s so much information, it’s hard to say what is true or not. I don’t mind people who want to know the truth and hammer away at it,” Corgan explained. “It’s when people say you can’t ask questions, that’s weird to me. Why is that question off limits?”

When Stern asked if he was a 9-11 truther, Corgan said the answer was “above my pay grade,” adding, “I’m not an expert in structural steel.”

“If you know something, what are you afraid of if somebody questions what you know?” Corgan continued. “The fact people have such violent reactions to questioning, that makes me suspicious.” It was at this point that Stern brought up Jones’ claim of inter-dimensional lizard people, to which Corgan relayed his own “paranormal experiences.”

“Let’s just say I was with somebody once, and I saw a transformation that I can’t explain,” Corgan explained. “I was not [on drugs], I was totally sober.” When Stern pried for more details, Corgan replied, “Imagine you’re doing something and suddenly you turn around and there’s somebody else standing there. It’s hard to explain without going into detail–I’d rather not go into details.” He added that the person acknowledged they were a shape-shifter.

“It’s a really messed-up story and I’d rather tell the whole thing in a book,” Corgan noted.

Subscribers of SiriusXM can listen to the full interview here. Corgan’s new album, Ogilala, is out now.