Abandoned games of Scrabble and billiards, wallpaper falling off the walls, and a gravestone in the basement 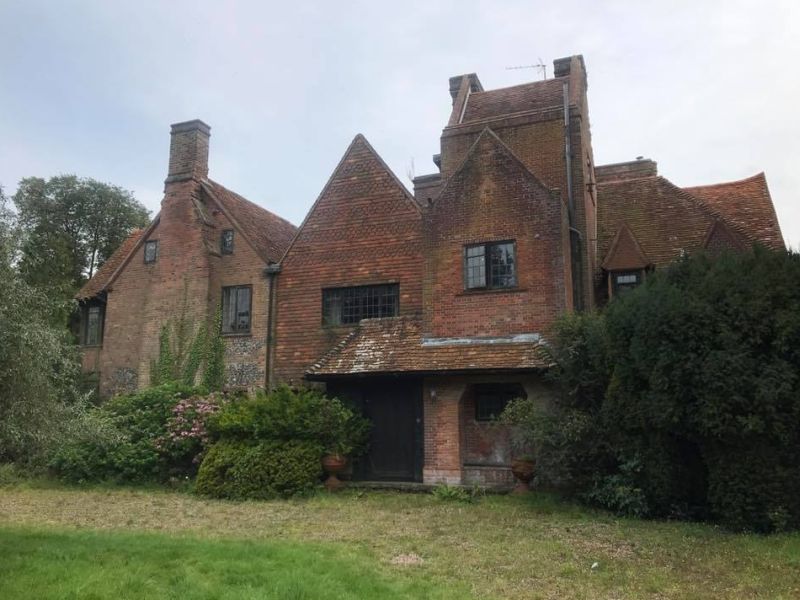 David Gilmour might be giving Danzig and his shitty house a run for its money, as recent footage has surfaced showing the Pink Floyd member’s former mansion seemingly abandoned and in a creepy state of disrepair.

For background, Hook End Manor is an 11-bedroom in South Oxfordshire which sits on 25 acres and once boasted a top-of-line recording studio once used by Rod Stewart, Tom Jones, Kaiser Chiefs, Jamiroquai, and Spandau Ballet. Gilmour also used it to record some of Pink Floyd’s 1987 album, A Momentary Lapse of Reason. Thanks to the historical appeal, it was still valued £12 million as recently as February, according to the Daily Mail and The Sun.

Last month, the explorers behind the Abandoned and Derelict Britain Facebook page paid a visit to the property and came away with eerie footage and still photos of the interior. They found abandoned games of Scrabble and billiards, wallpaper falling off the walls, and an already set dining room table. Worst of all, they apparently found a gravestone in the basement. Somehow, they escaped the horror movie unscathed.

“It was quite eerie, the pool and snooker tables with games set up were definitely a bit spooky,” the couple told Get Reading about the mansion. “We also found a gravestone in [the] basement. It was very interesting experience looking around there, like it was a whole life frozen in time.”

To be fair, Gilmour hasn’t lived in Hook End Manor for several decades. After purchasing the property in 1980, he sold it to West Side Productions, the producers of Madness and Morrissey. In the mid 90s, it was taken over by “Video Killed The Radio Star” singer/producer Trevor Horn. In 2007, Horn put the house on the market for £10 million after his wife was mistakenly shot by her son’s air rifle.

As of June 2016, the current owner was “an international man of mystery” named Mark White. “I decided it would be good to keep the place going as a commercial studio, bring in some money,” he told RedShark News. “Especially in view of its history.”

It’s currently unclear whether White still owns the property. A comment on the Abandoned and Derelict Britain Facebook page suggests that’s the case. If so, all his talk about history obviously didn’t apply to the mansion itself.

Check out the footage below, followed by photos from the visit.