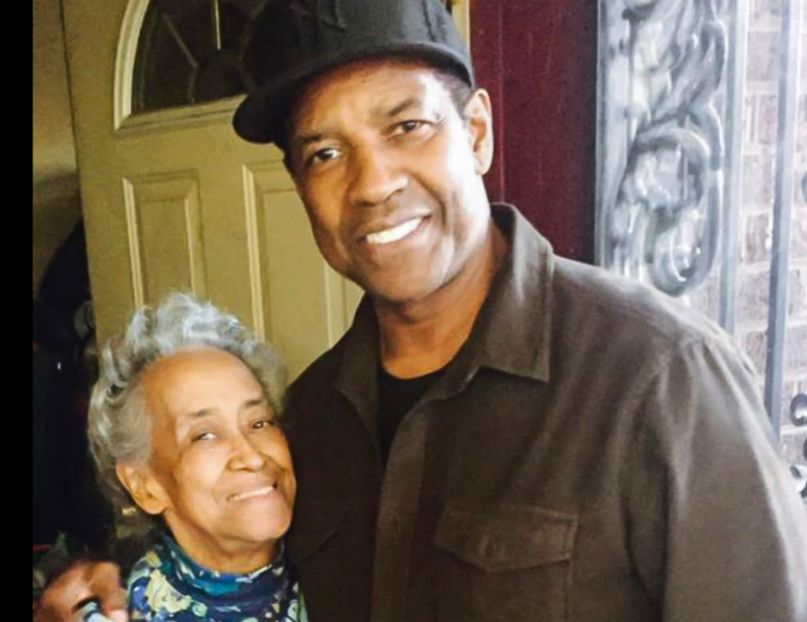 Saturday on Chicago’s South Side, Juanita Hubbard got one of the biggest surprises of her 86 years when Oscar winner Denzel Washington pulled up to her house to ask for directions to a nearby BBQ joint. “Mama Hubbard”, as she is affectionately known around the neighborhood, was gathered with some of her two children, eight grandchildren, and 10 great-grandchildren for a birthday party when Washington rolled up and began talking to the crowd. Hubbard’s daughter Janet pulled the Fences actor aside and told him, “You have to meet Mama,” to which Washington shouted, “Where’s Mama?” before heading to greet her at the door.

The Chicago Sun-Times reports that from the moment Hubbard opened the door she stayed by Washington’s side, telling him, “I’m not gonna let you go,” while the her favorite actor recited lines from 2001’s Training Day. Hubbard achieved peak cuteness when she later said Washington’s hands “felt like velvet” and that she “grabbed on and never wanted to let go” of the famous thespian.

Washington informed the group that he had family in the area growing up and that he would often “play fight” with the Blackstone Rangers, a local street gang, and eat at Leon’s Barbecue, which was where he was headed when he stopped for directions. When some of the group told Washington that they were Rangers, the actor laughed and said, “I’m 62 and I finally got back with the Rangers.”

Hubbard had in fact just watched Washington’s 2002 film John Q the night before, although she was hard pressed to pick a favorite from the actor’s extensive filmography. “Everything he plays, every film he’s in, that’s my favorite,” Hubbard said, “He was always one of those people I wanted to meet, but I didn’t think I could take it. But it was just like talking to one of my own sons.”

Fortunately, this unbelievably cute and life affirming event was captured on video, and you can check that out below. If you’ve spent the day reading any number of the horrific news stories out there, cleanse thyself by basking in Mama Hubbard’s unadulterated joy.