Brett Morgen assembles another exemplary work of documentation and filmmaking 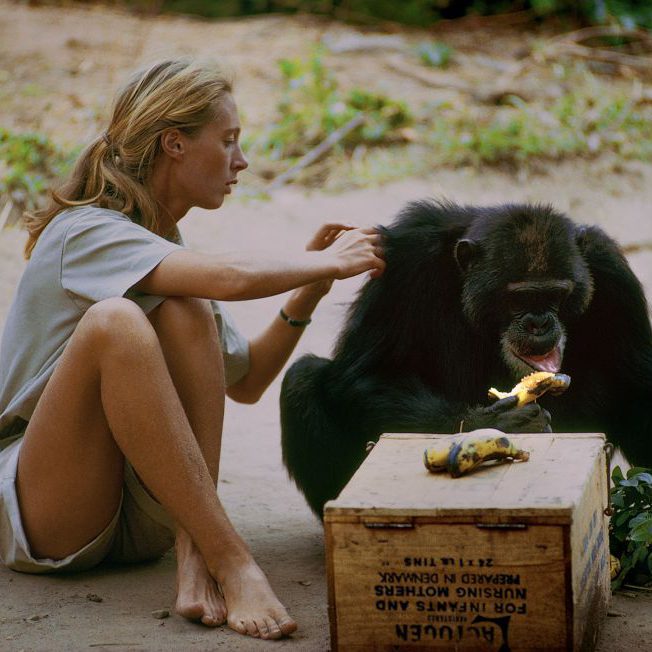 The archival footage used in Jane, Brett Morgen’s documentary portrait of the groundbreaking primatologist Jane Goodall, is impressive and noteworthy enough on its own.

In the early ‘60s, when Goodall first started observing and living amongst the chimpanzees in Tanzania’s Gombe Stream National Park, the National Geographic Society sent photographer and filmmaker Hugo van Lawick to document the young researcher’s work. The results – over a hundred hours of raw 16mm footage filmed over the course of multiple trips to the area – was never used for any sort of public broadcast. It was stored in the National Geographic archives and was, for a number of years, believed to have been lost entirely – until it was recently rediscovered in almost pristine condition.

National Geographic could have easily coasted on its laurels and simply released these pieces of raw footage and/or clip shows to deserved excitement and praise. Instead, they enlisted the services of Morgen, the lauded filmmaker once called the mad scientist of documentary film by the New York Times – and legendary composer Philip Glass.

For anyone familiar with Morgen’s past work, particularly 2015’s Kurt Cobain: Montage of Heck, it should come as no shock that he was able to to weave this wealth of resources into a feature every bit as impressive as the initial archival discovery. Piecing together van Lawick’s stunning footage, as well as photographs, letters, telegrams, and comprehensive new interviews with Goodall herself, Morgen masterfully constructs a career-spanning portrait of Goodall’s genius, her work, and her continuing vision for both the animal kingdom and humanity.

The specifics of Goodall’s life and work are well-known. She grew up fascinated by Africa and the animals who lived there, and dreamed of being able to live among them. When she was working as a secretary for the famed scientist Louis Leakey, he sent her on an expedition to Gombe because he was suspicious of the popular scientific assumptions surrounding primates at the time, and wanted a fresh perspective. The then-26-year-old Goodall spent months watching the chimpanzees there from afar, taking extensive notes and very slowly gaining their trust. The observations she made during this period were nothing short of revolutionary, forever changing the way that we think about primate behavior, and set Goodall on a lifelong journey of research, education, and environmental and humanitarian efforts. The way in which all of this is presented in Jane makes every step feel like a new revelation.

Much of this is due to the never-before-seen nature of the footage. Actually seeing Goodall living and working among the chimpanzees (and van Lawick did spend a lot of his time filming the beautiful young Jane, a development that Goodall regards with some bemusement both then and now) and getting to witness her first interactions with her most famous subjects, like David Greybeard and Flo, is downright revelatory. Perhaps even more illuminating, though, is the way that the present-day Goodall interacts with the footage, reflecting on the events not just as the viewer sees them, but as she remembers them, providing deep insight into her relationships with the chimps, her work, and the people around her.

In addition to offering a comprehensive look at her career, Jane is, in many ways, also a love story. It explores her relationship with her formidable mother, who accompanied her daughter on her early expeditions to Gombe when she was told that a young woman couldn’t go on such a trip alone, helped to administer medical treatments to local residents while she stayed there, and later counseled Jane to pursue her career during a tumultuous time in her personal life. It digs into her ongoing passion for that work, both in her connections to the chimps that she’s studied and lived with and in the deep compassion for all living creatures that has come from it. And it follows the professional and personal relationship between Goodall and van Lawick, from the initial sparks that developed between them in Gombe, to his telegrammed proposal, to their eventual divorce as their work began to take far different paths in different locales, to their friendship, which endured until his death in 2002.

Distilling all of this information into such a tight and enthralling 90 minutes is an incredible feat of filmmaking. So, too, is the fact that its tone is as sharp as its material. Morgen’s deep admiration for Goodall is evident throughout, and yet the documentary never gives way to veneration or deification. Glass’ characteristically excellent score augments the film without ever overpowering it. The film’s emotional arc is powerful without ever giving into manipulation or pandering. On almost every level, in almost every way, Jane is an exemplary work of documentation, storytelling, and filmmaking.

All of the parts that went into making Jane would have been significant in any formulation. To become more than that sum, as this particular film does, is truly an accomplishment. It’s a film every bit as inspiring and brilliant as its subject and namesake.