Film Review: The Killing of a Sacred Deer 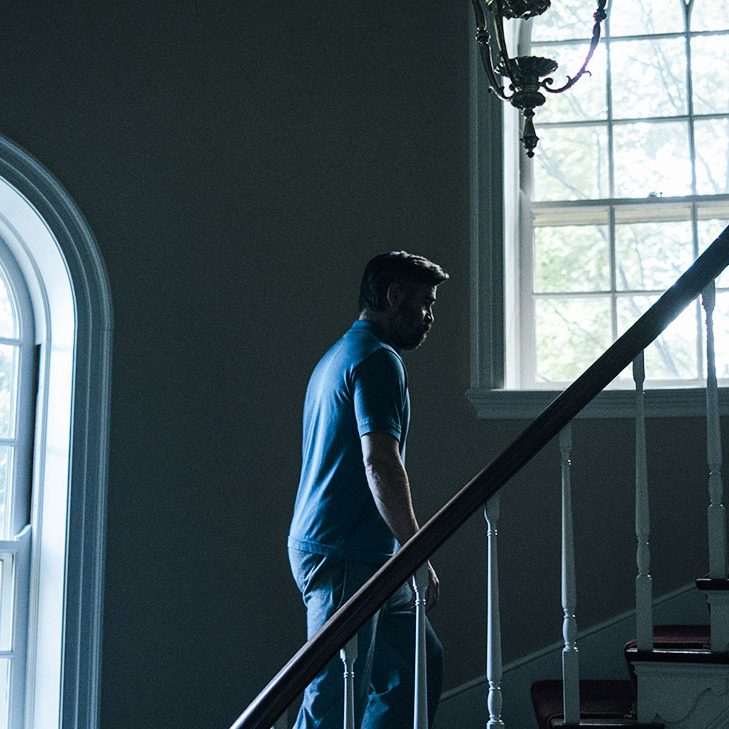 The following review was originally published as part of our coverage of the 2017 Toronto International Film Festival.

The latest provocation from Greek auteur Yorgos Lanthimos begins with a beating heart. An exposed, throbbing organ being poked and prodded on the operating table. Like most things Lanthimos throws at his audience, it is gross, uncomfortable, and perhaps perversely intriguing. But as soon as both the shot and surgery are over – and the surgeon’s bloody latex gloves have been properly disposed of – the film veers to a casual and bloodless scene in which the cardiologist, Steven (Colin Farrell), and his anesthesiologist friend discuss watches and watch straps.

It’s a jarring transition, but a clever one for the sake of the rest of the film. If there were any real correlation between the characters of The Killing of a Sacred Deer and the flesh and blood that beats within a real human being, the plot might be too preposterous, or the way it unfolds too obvious. But in a world where nothing feels quite real, where everyone trades off-kilter dialogue and even more off-kilter behavior, the viewer is unmoored and forced to allow this dark mystery/comedy/horror to reveal itself through its own obscure internal logic.

By any realistic standards, it would be easily understood that something is off when Steven begins to develop a close friendship with Martin (Barry Keoghan), an odd 16-year-old boy. It’s generally untoward for middle-aged men to hang out with teenagers in parking lots, give them expensive watches, and tell them that they want them to meet their families. In Sacred Deer, it’s also clear that something not quite right is happening between the pair – the increasingly overbearing score’s ominous screeches certainly attest to that fact – and it’s just hard to figure out what it might be. In a world where watch straps merit such careful discussion and your daughter’s recent menarche is introduced and embraced as perfectly good fodder for casual conversation, where do the social and moral boundaries of this kind of interaction lie?

By the time that both the true nature of Steven and Martin’s relationship and the fallout of it are revealed, you’re likely to be so invested in both the story and its rules that you can’t help but follow Lanthimos and his crew through to their grisly, well-executed conclusion.

Lanthimos’ direction is taut and assured. His script, once again co-written with longtime collaborator Efthymis Filippou, is filled with the strange and often wryly amusing dialogue that is quickly becoming their hallmark. Farrell, who also starred in Lanthimos’ last film, The Lobster, continues to thrive under the filmmaker’s guidance. Veering between the heroically harrowed family man and an arrogant anti-hero shirking his comeuppance, he’s constantly compelling every second he’s onscreen. Keoghan is mostly up to the task of keeping up with him as his creepy young foe. But it’s Nicole Kidman who steals the show as Steve’s wife, Anna, a woman caught up in a Greek tragedy-level conundrum through no fault of her own. It’s absurd – even more absurd than anything that could happen in Sacred Deer – to call Kidman a revelation at this point in her career. Surely there’s no one left who cares about film and television in any way who doesn’t know what she’s capable of as a performer. And yet it still feels like we’re seeing yet another new facet of her formidable talent, as we watch Anna subtly cycle through the stages of grief.

While the quality of the film’s craft is up for little debate, though, it’s overall appeal and impact are far more polarizing. As the blood drips from the titular murder in The Killing of a Sacred Deer, it forms a Rorschach test of sorts where a viewer’s reaction says at least as much about them as it says about the film itself. Or maybe it’s just that it’s impossible to approach a work of art that gleefully plows through issues of revenge, retribution, violence, encroaching disability, and potential fratri/matri/patricide with a completely blank face, because every human being has some sort of history in those areas that will inevitably affect each perspective on the piece.

Whatever the case, how you feel about The Killing of a Sacred Deer will likely hinge on who and what you identify with when you watch it. If you see yourself – or like to imagine yourself – in Lanthimos himself, an intellectual aesthete who’s happy to rip through the darker side of society in perverse, challenging, and often violent portrayals, then the film borders on a triumph. It’s a sleek, bitterly funny, audacious skewering of human hypocrisy.

If, however, you can’t help but picture yourself in the place of Steven’s family, if there is no clinical separation between your world outside of the theater and the stylized brutality on the screen? If that will never be as easy to shut off as a cut between a beating heart and some amiable nonsense about watch straps, it starts to feel a little hollow, a little weaker and more childish. This sort of unflinching, unfettered cruelty and debasement on film is only boundary-pushing and provocative if it exists outside of your life experience. For everyone else, Killing just offers a glossier, better-executed version of reality.