Hunter S. Thompson TV series is in the works from Get Shorty showrunner 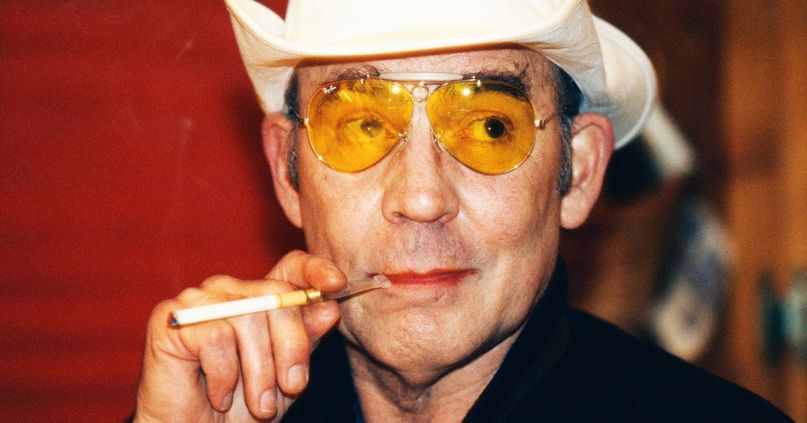 Writer Davey Holmes made quite a splash recently with the well-received Get Shorty series for the obscure EPIX Network. His ability to wring originality from an established property at an unestablished network has scored him a deal with MGM TV, who The Hollywood Reporter reports has tapped Holmes with developing a series around the life of gonzo journalist Hunter S. Thompson aptly titled, Fear and Loathing.

“As we look to the future of MGM Television, it is imperative that we forge long-term relationships with creators who have an eye for dynamic storytelling,” said MGM Television Group president Mark Burnett. “Davey is tremendously talented and has demonstrated that he can deliver quality programming that will resonate with viewers.”

Holmes will be working with writer Bob Nelson, who scored an Oscar nomination for his work on Alexander Payne’s Nebraska. Holmes himself has also worked on shows such as Shameless, In Treatment, and Pushing Daisies.

“After resisting overall deals for years, I couldn’t be more excited or proud to be embracing this one,” said Holmes. “It’s a partnership with a studio that makes some of the most exciting television out there. I can’t say enough about the intelligence, daring creativity and overall support MGM has brought to our collaboration.”

Johnny Depp memorably portrayed Thompson in Terry Gilliam’s 1998 cult classic Fear and Loathing in Las Vegas. The series will presumably dive deeper into some of Thompson’s more memorable journalistic stunts, whether that be the time he spent with biker gang the Hell’s Angels or the time he unsuccessfully tried to become sheriff of Pitkin County, Colorado.

It better end with that time Depp blasting Thompson’s ashes out of a cannon.