She also dyed her hair blue 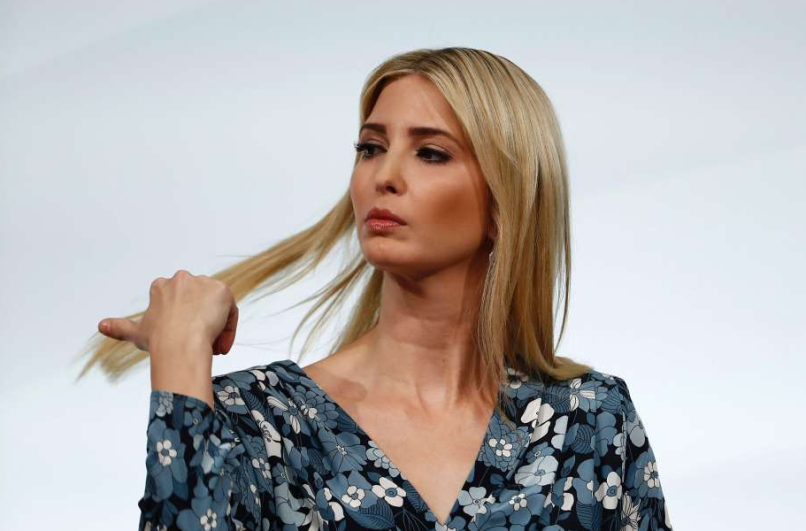 Fashion designer, author, businesswoman; Ivanka Trump isn’t really any of these things, but she likes to go around saying she is. That’s why she got trashed for trying to write a self-help book on women in the workforce, after all. Now we can add “former punk” to her list of false identifiers, as the First Daughter has detailed a prosaic punk phase in her mother’s new book.

Trump’s mother, Ivana Trump, handed a few pages of her new memoir, Raising Trump (I think she’s talking about POTUS), to Ivanka to tell her side of growing up under the golden Trump roof. In one section, Ivanka recounts what amounts to the most milquetoast rebellious phase ever (via New York Magazine):

“During my punk phase in the nineties, I was really into Nirvana. My wardrobe consisted of ripped corduroy jeans and flannel shirts. One day after school, I dyed my hair blue. Mom wasn’t a fan of this decision. She took one look at me and immediately went out to the nearest drugstore to buy a $10 box of Nice’n Easy. That night, she forced me to dye my hair back to blond. The color she picked out was actually three shades lighter than my natural color… and I have never looked back!”

Okay, first of all, if you were into Nirvana and wore flannel, you didn’t have a punk phase — you had a grunge phase. Somehow it’s hard to picture blue-haired Trump jamming to Rancid or My Brain Hurts. Secondly, if the moment your mom forces you to re-dye your “cool blue” hair blond you fall in love with the overly bleached results, those were probably your true colors all along.

As Ivanka continues on, she recalls being devastated by the death of Kurt Cobain — for like, a whole day. She recalls her distress to the suicide of one of rock’s greatest artists, a moment that forever altered the way fans engage with one of the era’s most defining bands, in these bland terms:

“It wasn’t too long after this that Kurt Cobain, the singer, songwriter, and guitarist for Nirvana, committed suicide. It was a shock and I was distraught. Mom had no idea who Kurt Cobain was, and she sympathized only so much. After twenty-four hours of my crying inconsolably in my room, alone—major melodrama—Mom had to pull me out of there to go down to dinner.”

Yep, “major melodrama” until mommy called her down for din-din. If that’s someone who had a deep connection to “punk,” then I don’t know what “complicit” means.