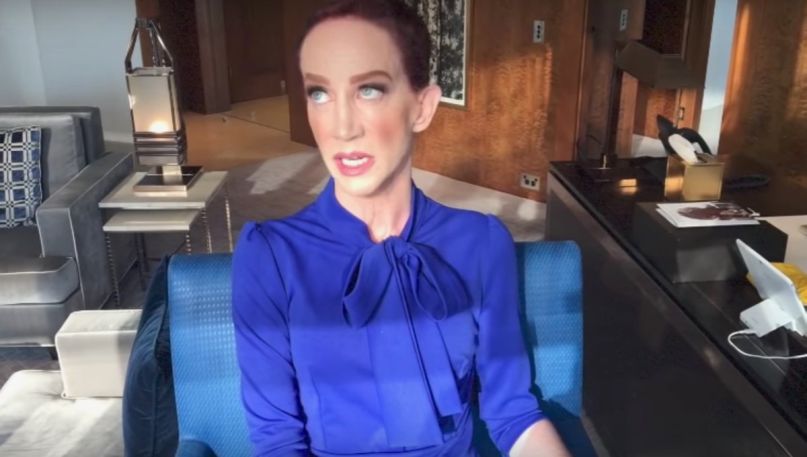 Comedian Kathy Griffin is still dealing the consequences from an ill-advised photo shoot in which she posed with a severed head resembling Donald Trump. The controversy cost her a number of gigs, including hosting CNN’s New Year’s Eve special with Anderson Cooper. To add insult to injury, CNN tapped Griffin’s former boss, Bravo’s Andy Cohen, as her replacement, and recently Cohen threw some serious shade in the direction of Griffin. Despite their 10-year working relationship, Cohen pretended to be unfamiliar with Griffin when speaking to TMZ last week. “Who? I don’t know her” Cohen told the paparazzo.

Andy Cohen, who worked closely with Kathy Griffin at Bravo for years, pretends he doesn't know who she is when asked by TMZ. pic.twitter.com/kF0Cs7CVRU

That was apparently the last straw for Griffin, who has since posted a 17-minute YouTube video in which she blasts both Cohen and TMZ founder Harvey Levin, “who honestly just live to take women down. We need to speak up about,” Griffin remarked.

Griffin specifically accused Cohen and Levin of being in cahoots, alleging that Cohen’s rant of being premeditated with the intention of being posted on TMZ. She said Levin personally called her about the video, which tipped her off that “this was coordinated.” She went as far to play Levin’s voicemail, which included his private phone number.

“That’s his number. And I don’t have a minute to call him. Maybe you do,” she explained. “The reason I did that is that during the entire Trump scandal, I was doxxed so much that people obviously got my phone number, my address. The Trumpers came after me, and I just want you guys to know, Harvey Levin, a blogger, is very much in bed with everybody from Hollywood to Donald Trump.”

Griffin called Levin’s website “deeply misogynistic” and questioned how his personal relationship with Trump benefited the LGBTQ community (Levin is openly gay). “Harvey Levin, have you ever done anything honorable ever? You are the gay male version of Kellyanne Conway.”

Regarding Cohen, Griffin recounted two separate incidents in which Cohen offered her cocaine prior to tapings of his show, Watch What Happens Live. She also said Cohen’s network Bravo is responsible for some of the most misogynistic programing on television.

Cohen was quick to deny Griffin’s claims, tweeting, “I am completely stunned by this story. It is 100% false and totally made up.”

I am completely stunned by this story. It is 100% false and totally made up.