They're still trying to get it made, but, as Reeves puts it, "show business is tough" 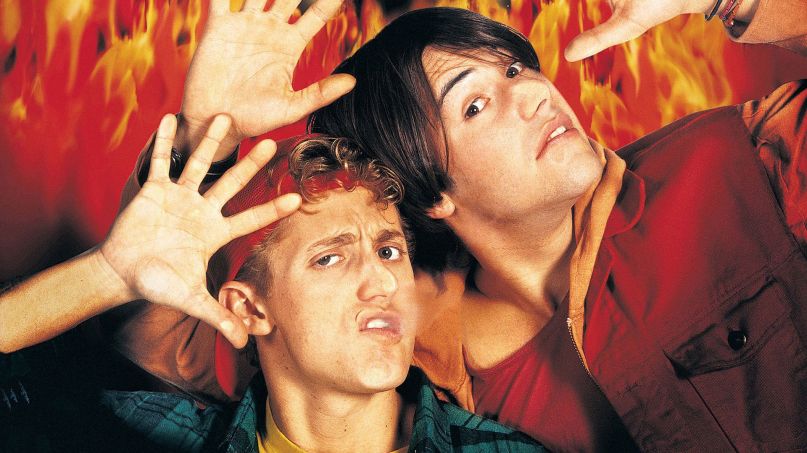 Despite co-star Alex Winter saying in 2016 that production was imminent for a third installment in the Bill & Ted franchise, the long-awaited sequel has yet to begin its bogus journey. Keanu Reeves, however, confirmed that “Bill and Ted are still alive” earlier this year, and even provided some plot details. Now, another small step has been taken to making this thing a reality.

At the Replicas panel at the New York Comic Con this week, Reeves revealed the film’s title: Bill & Ted Face the Music. As for whether it will ever get made, Reeves echoed he and Winter’s earlier comments, saying, “We’re trying. There’s a script out there. We’re just trying to get it made. Show business is tough.”

Reeves previously shared that film the film would find the duo having “to write a song to save the world” as they contend with crumbling marriages and bratty kids. Here, he elaborates a bit more. “It’s a cautionary tale,” he told the NYCC audience. “They’re supposed to save the world. But when we see them, they haven’t saved the world, and they’re married and have kids. And they’re playing to nobody. … But they have to write the song… and face the music! Hopefully we’ll make it before I’m 60.”

We have faith the Wyld Stallyns will ride again.