Melbourne natives turn to the city of Edinburgh, PartyNextDoor, and challenging tour life for inspiration 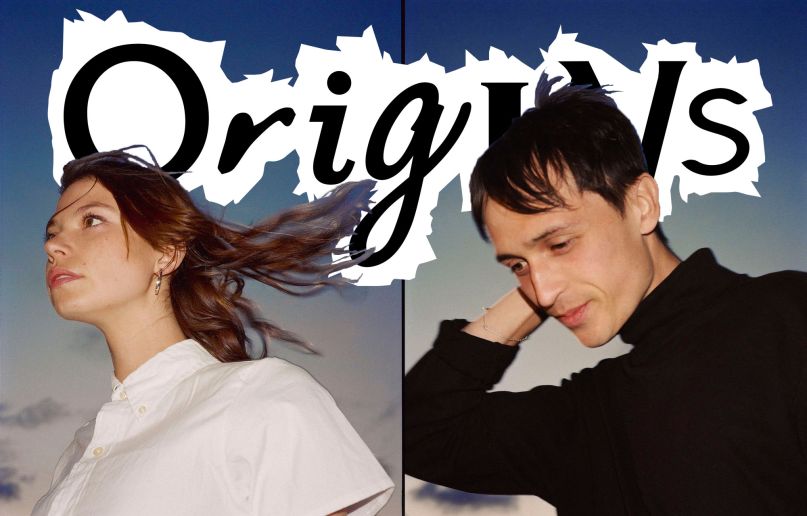 After releasing two well-received EPs, 2014’s Cusp and last summer’s Well Worn, Melbourne’s Kllo set off on an extensive world tour. It was on there on the road that the electropop two-piece — comprised of cousins Chloe Kaul and Simon Lam — began piecing together its debut album, Backwater.

Due out through Ghostly International (Matthew Dear, Com Truise) on October 20th, the record is very much a product of its environment: With Kllo jetting off from city to city for long stretches of time, feelings of isolation and unsettledness became the norm, and the relationships around them felt the strain of such a burden. The latter subject matter is explored on the group’s latest single, “Dissolve”, which Consequence of Sound is premiering today.

Here, Kllo chronicle the slow collapse of a relationship which Kaul once described as “forever.” “Now I see we are breaking down,” she sings, hushed and icy but never once distant, “Now I don’t think we’ll make it/ Now we are close to dead and gone.” Her voice glides over Lam’s production, which draws from R&B and UK garage and is shifty in nature. The arrangement sounds like those nights spent half drunk on a dark dance floor, where moving your feet quickly somehow helps to keep the worries at bay. Taken as a whole, “Dissolve” is a portrait of quiet devastation, the kind you experience firsthand but can’t seem to stop.

For our latest Origins feature, Kllo has offered up more background on the creation of “Dissolve”. Turns out a Scottish city and a Drake associate played an important part in the track’s evolution.

We started writing “Dissolve” on the last tour. We had been on the road for about a month by then and had found ourselves in Edinburgh. It was so beautiful there, very picturesque and that sparked the creativity in us. After a day of walking around the city, we began writing this track in our hotel room.

We were obsessed with Rihanna’s “Work”, and found PND through that snapchat video that had the original playing in the back. He’d just released PND3 and we listened to it all through our tour. All the rhythms were really deep, and the production was so minimal, but wasn’t lacking in emotion. It definitely sparked the first demo of the track.

This song was inspired by a bad skype call. Skyping is almost harder than not speaking at all on tour as it’s so disconnected. There’s no way to be intimate when talking to someone through a screen, so conversations can be misinterpreted and arguments left unsolved.

Kllo kick off a world tour next month with a stint in North America.