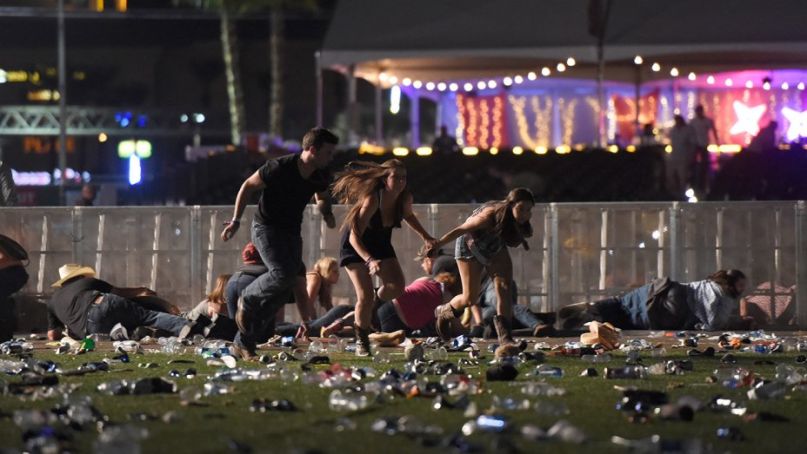 Upwards of 59 people were killed and 527 injured when a lone gunman opened fire on a country music festival taking place in Las Vegas on Sunday night. It is the deadliest shooting in modern U.S. history.

The gunman, identified as 64-year-old Stephen Paddock, was perched atop the 32nd floor of the Mandalay Bay Resort and Casino when he began firing down onto the crowd gathered in the Vegas strip.

Country music star Jason Aldean was performing at the Route 91 Harvest Music Festival at the time of the shooting. In a message posted to Instagram, Aldean said he and his crew were safe, writing, “Tonight has been beyond horrific. I still don’t know what to say but wanted to let everyone know that Me and my Crew are safe. My Thoughts and prayers go out to everyone involved tonight. It hurts my heart that this would happen to anyone who was just coming out to enjoy what should have been a fun night.” More than 22,000 people were in attendance.

Officers from Las Vegas SWAT engaged the shooter, using explosives to gain entrance into his hotel room. He was pronounced dead at the scene, apparently from a self-inflicted gunshot wound. Police believe Paddock, a resident of Las Vegas, was the lone shooter. A motive was not yet known. Police are questioning a companion of Paddock’s named Marilou Danley.

Crowd-sourced video from the scene was posted to social media and can be seen below. Warning: The content is extremely graphic.

#BREAKING VIDEO: Jason Aldean on stage as a gunman begins to fire upon crowd in Las Vegas pic.twitter.com/lfWiVaYaBD