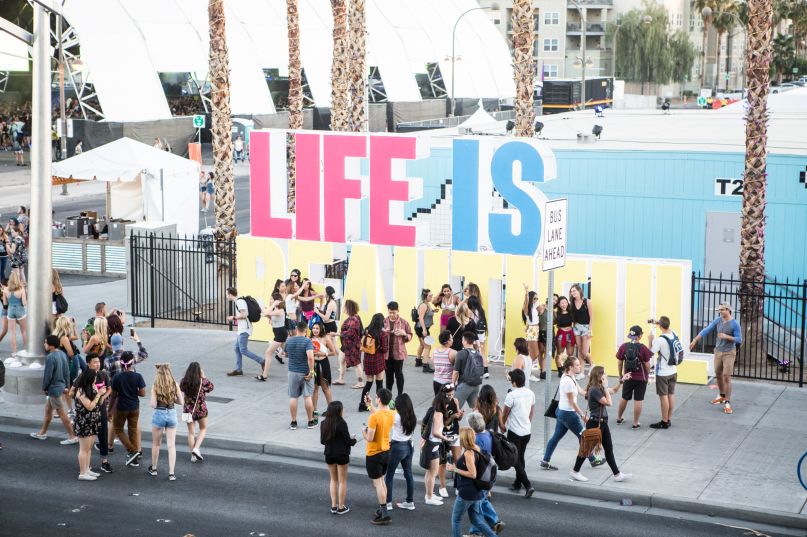 The domestic terrorist who murdered 59 people at a country music concert in Las Vegas on Sunday night might have originally targeted the Life is Beautiful Music Festival, according to the Daily Beast.

Law enforcement sources told the Daily Beast that the shooter had rented several hotel rooms overlooking Life is Beautiful’s grounds. This year’s festival took place in downtown Las Vegas between September 22nd-24th and featured performances from the likes of Gorillaz, Lorde, Chance the Rapper, Muse, The xx, and more.

Police are still investigating the shooter’s motive and why he decided to target the Route 91 Harvest Festival instead.

Life is Beautiful CEO Justin Weninger said in a statement, “The Life is Beautiful Festival family is devastated by the horrific events that took place on Oct. 1 in our hometown of Las Vegas. Our thoughts and prayers are with everyone in our community, the victims, their families and the first responders.”

“Life is Beautiful is founded in the beliefs of community and our collective love for each other and the arts as well as making the world a more beautiful and loving place,” Weninger added. “In the wake of this tragedy, we gather strength from these ideals and urge everyone to come together as a community, support and love one another. We will overcome the hate and the divisiveness together. We will lean on each other to move forward and to create a world in which love is the only option.”