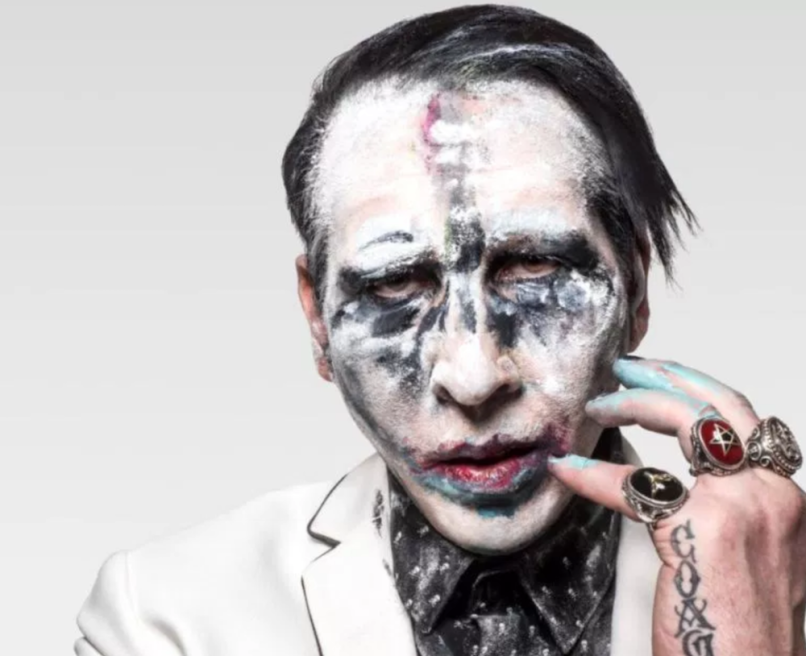 Marilyn Manson was forced to postpone nine tour dates last month after a stage prop accident in New York left him with a painful leg injury. Now, in a new interview with Yahoo (via Rolling Stone), the shock rocker has detailed the events of that fateful night and the extent of his wounds.

Manson was playing at New York’s Hammerstein Ballroom in support of his new album, Heaven Upside Down. Shortly after launching into a cover of the Eurythmics, he grabbed hold of some bars between two prop pistols. Because the props weren’t secured properly, one of the pieces came crashing down.

(Read: Fire Away: A Conversation with Marilyn Manson)

“I wasn’t trying to climb it,” he explained. “It started to fall and I tried to push back and I didn’t get out the way in time. I’m not sure what I hit my head on, but it did fall onto my leg and break the fibula in two places. The pain was excruciating.”

The incident resulted in Manson needing 10 screws and a plate inserted into his leg. Another screw was placed through ankle bone. While describing the events as “terrifying,” Manson acknowledged it could have been far, far worse.

“It definitely could have crushed my skull and my ribs,” said the metal musician. “I have some minor bruising in that area, but it took six guys to pull it off of me. It was like wrestling a giant iron monster.”

Fortuantely, Manson is on the road to recovery and is already plotting his comeback. He’s since reworked his tour schedule with plans to return to the road in time for an appearance at Ozzfest Meets Knotfest in November. Previously postponed dates have been rescheduled for the early part of 2018.