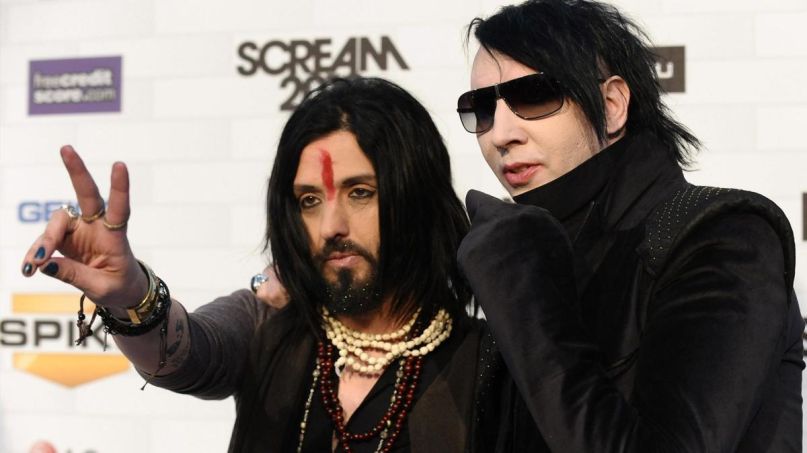 Twiggy Ramirez, the longtime bassist and writing partner of Marilyn Manson, has been accused of rape by his former girlfriend, Jessicka Addams, of the riot grrrl band Jack Off Jill. In light of the allegations, Ramirez has been fired as a member of Marilyn Manson and will not participate in the band’s upcoming tour.

I have decided to part ways with Jeordie White as a member of Marilyn Manson. He will be replaced for the upcoming tour. I wish him well.

In a lengthy letter posted to Facebook last Friday, Addams documented several acts of physical abuse and mental harassment she experienced while in a relationship with Ramirez (né Jerodie White) in the early 1990s.

For his part, Manson said he “knew nothing about these allegations until very recently and am saddened by Jessicka’s obvious distress.”

White initially joined Marilyn Manson in 1993 and was responsible for most of the songwriting on the band’s earliest and most successful albums, including Antichrist Superstar, Mechanical Animals, and Holy Wood. In 2002, he amicably left the band due to creative differences and spent the subsequent five years playing alongside the likes of A Perfect Circle, Nine Inch Nails, and Mondo Generator. He rejoined Marilyn Manson in 2007 and remained an active member until today.

In addition to the departure of White, Manson is coping with the loss of founding member Daisy Berkowitz, who passed away over the weekend following a lengthy battle with cancer.

The tour, which was postponed after a stage prop accident in New York left Manson with a painful leg injury, resumes next month in Europe. It comes in support of Manson’s latest album, Heaven Upside Down.