Marilyn Manson reignites Justin Bieber feud, says he has “the mind of a squirrel” 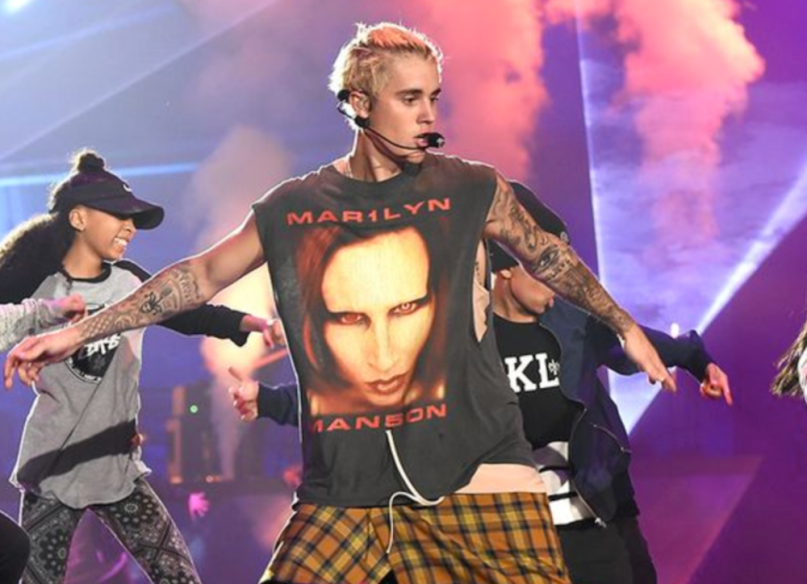 In an interview with Consequence of Sound last month, Marilyn Manson called out Justin Bieber over a repurposed Manson t-shirt which the pop star sold as part of his own merchandise line. Bieber reportedly told Manson that he made him “relevant again” with the shirt, to which Manson replied, “He was a real piece of shit in the way he had the arrogance to say that.”

It appeared the two musicians had buried the hatchet, but a new interview with Manson suggests their feud is far from over. As Alternative Nation points out, Manson took a few shots at Bieber during an appearance on radio station 97.1, alleging the “Company” singer of being part of a sexual religious cult and referring to him as “a girl” with “the mind of a squirrel.”

(Read: A Brief History of Marilyn Manson Being Strange)

“Well he’s in some sort of sexual religious cult with an Asian version of Dave Navarro, apparently,” claimed Manson. “The guy doesn’t wear a shirt, I don’t know exactly. But no, I don’t like to fight with girls, so I don’t want to fight with Justin Bieber.”

When asked what Bieber must have been thinking when he decided to repurpose the Manson shirt, the shock rocker said rather bluntly, “I don’t know, because I don’t know how to use the mind of a squirrel.”

“It is representing rock and roll though, I appreciate the fact that you identify with the integrity that I try to represent with rock music,” Manson went on. “Because if I don’t do it, who else is going to? If you want to fuck with that, if you tap the cobra, you’re going to get the fangs. If you kiss the cobra, you get the venom. I’m not really sure what that metaphor means, but you can just absorb that and put it into your own brain.”

Uhh, at least he and Trent Reznor are buddies again?

Manson recently detailed his “terrifying” stage prop accident and the extent of his leg injury which forced him to postpone a slew of concerts. He’s set to resume his Heaven Upside Down tour in November.