Predictably, things got pretty ugly on her Twitter feed 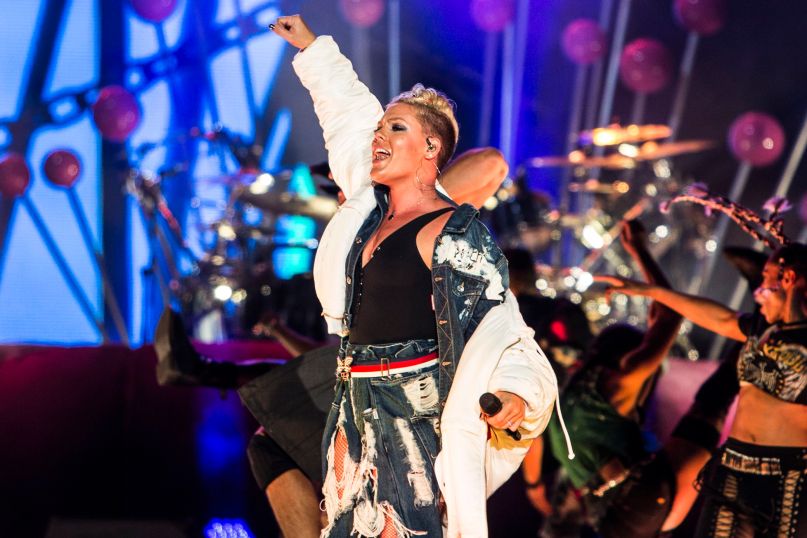 Believing in people’s ability to change and turn their life around is generally an honorable thing. But that sentiment rings a touch hollow when it’s applied it to a man using his position as the most powerful person on the planet to taunt our country into nuclear war. That goes double when you consider this is the same man who bragged about grabbing women without consent, repeatedly criticized peaceful protest, and equated Nazis to anti-white supremacy groups.

I've seen people change and turn their lives around. There's still hope for you @POTUS. It's what the world needs.

Being that this is the Internet, Pink’s sentiment immediately branded her a Trump supporter by many on the Twitterverse. Of course, a cursory scan of her timeline reveals that the pop star has long been vocal about her displeasure with the current administration, but since when were people on the web anything but rash? A follow-up tweet made Pink’s stance even more clear.

@POTUS you are doing a terrible job. Worse than every other job you've done terrible at. Do you seriously have time to worry about the NFL?

As angry fans began piling on her, Pink clarified her initial tweet while defending herself.

Wait- wtf are you talking about? I'm attempting positivity and motivation b/c I'm hopeless. And now youre mad at ME? https://t.co/x6LedGrGZU

I'm sorry y'all. I assumed you all knew who the fuck I am and what the fuck I stand for.
Cause I have never faltered. I have always been me

I pray for love and change and light. I also pray I never become as cynical and snarky and shitty as some of the people on my twitter feed.

Time and again we learn: Twitter is not the place for political discourse or nuanced expression.