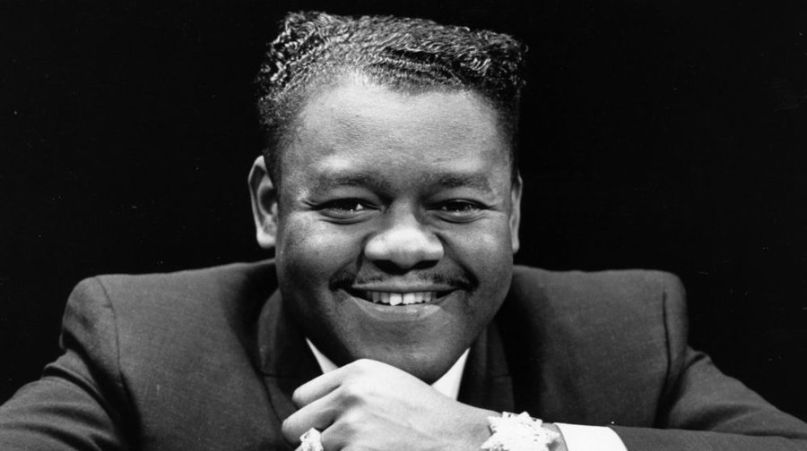 Rhythm and blues legend Fats Domino has died at the age of 89.

According to New Orleans’ WWL-TV, Domino passed away peacefully on Wednesday morning, surrounded by his family and friends.

A life-long native of New Orleans, Antoine “Fats” Domino Jr. was as much an institution of the Big Easy as Bourbon Street or the Hurricane cocktail. He got his start in the late 1940s playing piano in a New Orleans big band and he remained a citizen of the city up until his death. Domino famously chose to stay in New Orleans during Hurricane Katrina in 2005; his home was flooded and most of his possessions were destroyed, and he and his family needed to be rescued by members of the Coast Guard. Nevertheless, Domino returned to New Orleans and was intimately involved in the reconstruction process. He also starred in the HBO series Treme about the city’s recovery in the aftermath of Katrina.

Musically, Domino is credited as an early purveyor of rock ‘n’ roll whose music served as an inspiration for the likes of Elvis Presley, The Rolling Stones, and The Beatles. His debut solo single, 1949’s “The Fat Man”, was distinguished for its rolling piano and a strong backbeat, leading many to consider it the first rock ‘n’ roll hit. “The Fat Man” sold over one million copies by 1953 and was the first in a series of top 10 songs that also included “Ain’t That a Shame”, “Blueberry Hill”, and “I’m Walkin'”.

With 35 records in the Billboard top 40, Domino was the best-selling African American rock musician of the 1950. In fact, only Elvis sold more records than he did during that decade. Domino was one of the first inductees of the Rock and Roll Hall of Fame as a member of the 1986 class. The following year, he received the Grammy Lifetime Achievement Award. In 1996, President Bill Clinton awarded him with the National Medal of the Arts.

In 1969, Domino traveled to Las Vegas to attend an Elvis concert. When journalist referred to Presley as “the king,” Presley gestured towards Domino and famously said, “No. That’s the real king of rock and roll.”

Revisit some of Domino’s hits below.