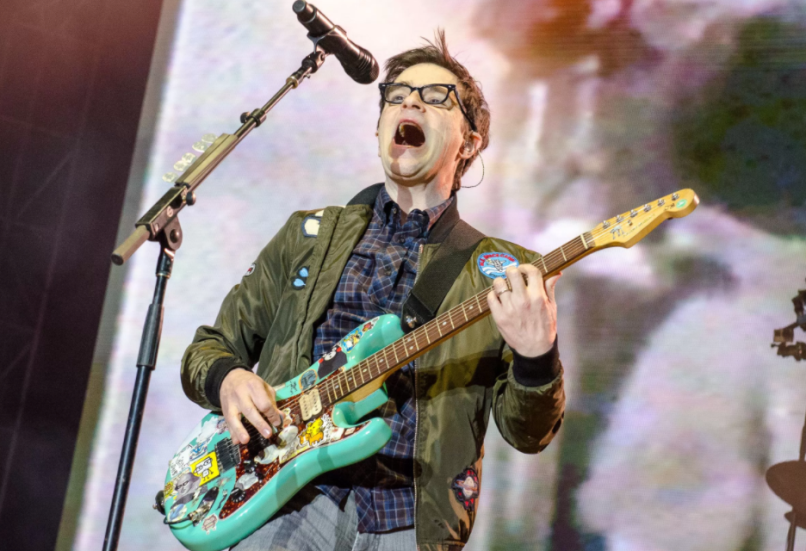 When Rivers Cuomo recently said, “Everyone has their idea of what Weezer should sound like,” he was talking about the struggles of finding a producer for Weezer’s forthcoming effort, The Black Album. He could just as well have been talking about fans of his band, though. Longtime listeners always have a thing or two to say about Weezer’s later output, and it’s not always favorable. Records like The White Album and this month’s Pacific Daydream may have some fine tracks, but in the minds of diehards, they’ll never hold a candle to the Pinkertons and Green Albums of the world.

(Read: Ranking: Every Weezer Album from Worst to Best)

Well, now Cuomo himself has addressed his critical fans. In a simple Instagram post, the frontman put detractors on blast for criticizing Weezer for simply being Weezer:

We’d have to agree; the polished Pacific Daydream is a solid listen, and 2014’s Everything Will Be Alright in the End may got down as the most underrated album in Weezer’s entire catalog. While they’re likely still digesting the group’s latest release, fans will have another chance to bemoan their favorite band when The Black Album comes sometime next year. Cuomo said he hopes it will drop in May, and he promises it will be “a lot more modern and electronic and not-90s sounding.” Get your gripes ready.