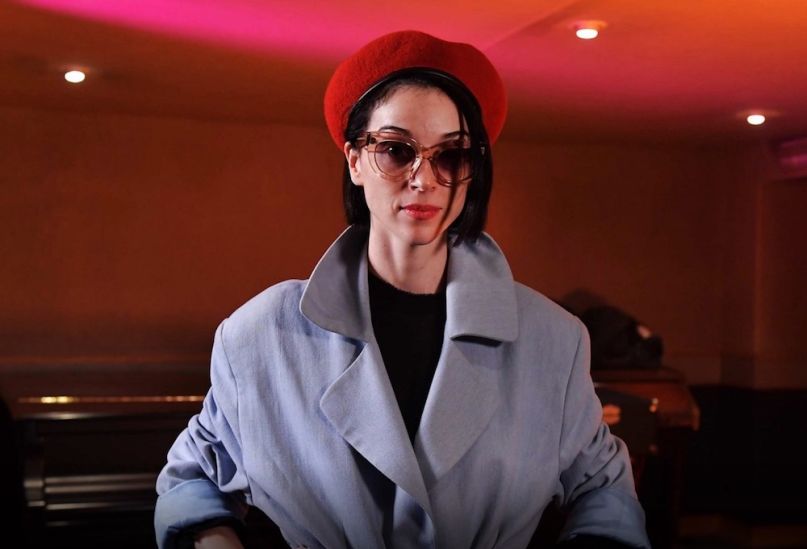 One Annie chatted with another when St. Vincent appeared on Annie Mac’s BBC Radio 1 show Tuesday night to promote her excellent new album, MASSEDUCTION. During her segment, Annie Clark played an acoustic set including the singles “Los Ageless” and “New York” before putting her own spin on The Clash’s iconic “London Calling”.

In Clark’s hands, the politically charged song is just as impactful as the original version. While her natural singing voice lacks the gruffness of Joe Strummer, she dirties it up a bit while putting full effort into the lyrics which still ring true today.

Hear the three-song set below.

Stream MASSEDUCTION here. Clark will commence the European leg of her “Fear the Future” tour this week; the trek will arrive in the US next month.