The Gaslamp Killer accused of drugging and then raping two women 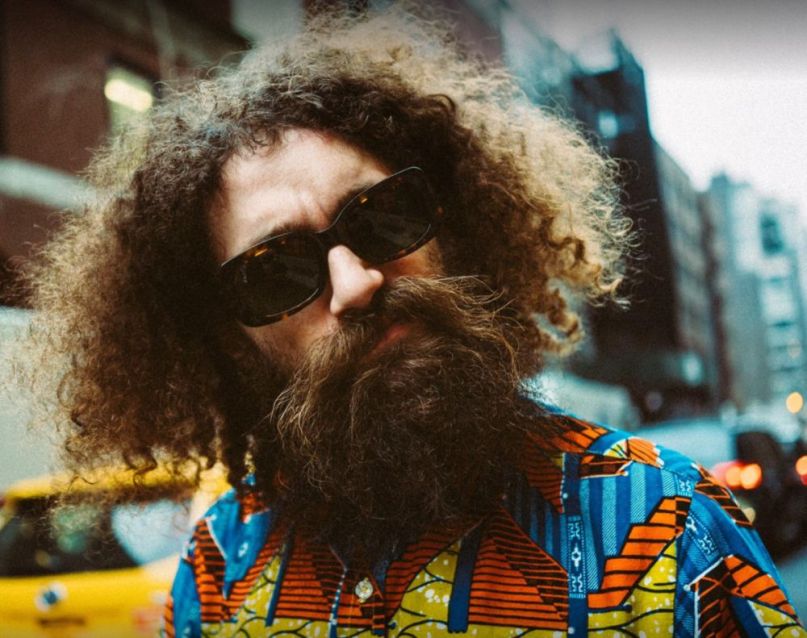 Producer/DJ The Gaslamp Killer, legally known as William Benjamin Bensussen, has been accused of drugging and raping two women. In a statement posted by Twitter user @chelseaelaynne on Thursday night, she accused Bensussen of drugging and then raping her and a friend while they were incapacitated.

The accuser claims the rape occurred when she and her friend RaeAn were at the Standard Hotel in Los Angeles on July 5th, 2013. In a separate tweet, Chelsea says she wanted to tag Bensussen on the initial post, but noticed he has her blocked, which she considers “the clearest admission of his guilt.” Later on, she posted a screenshot of an alleged direct message from Bensussen reaching out to one of her friends.

“I’ve been suppressing my rape for 4 years and I’m finally ready to come forward to help myself heal and to prevent it from happening to other women in the future,” Chelsea writes. “The Gaslamp Killer drugged my best friend and myself at a party at the Standard Hotel, had non-consensual sex with both of us while we were completely incapacitated, and then dumped us back in front of the Standard after it happened. I was only 20 years old at the time.”

“On July 5th, 2013, my friend RaeAn and I were at the Standard and Gaslamp Killer started chatting with us,” she continues. “He recognized RaeAn, they had met the week prior at Desert Daze Festival. We went to the bathroom together, came back, and GLK handed us two drinks. That’s the last clear memory I have, and that was our first drink of the day. After that, everything is pitch black except for a few sharp but at the same time, blurry memories.”

When contacted for comment, Bensussen issued the following statement:

“My name is William
I think it’s important that I be a part of this conversation. Firstly, I want it to be known that I would never hurt or endanger a woman. I would never drug a woman, and I would never put anyone in a situation where they were not in control, or take anything that they weren’t offering. Consent is intimate, and has left room for people who were not present to wonder what happened. In this case consent was between three people, in the form of an offer which I accepted. Allegations carry a lot of weight on social media these days, and the bravery of women who expose their stories can create necessary dialogue that leads to real change. But Chelsea’s version of this story is not true. I am thankful that I have been contacted by witnesses and my roommates at the time, in support. Please know that while I am shocked, I take this all very seriously. It is all so sensitive and needs to be treated with the utmost care and attention.

Chelsea has given a new statement to Pitchfork about her decision to come forward.

“I’m coming forward because I need to move on. I never wanted it to be real. I never wanted to be a victim. It was eating at me every day and I would push it as far back as I could. It felt like a constant weight on my shoulders. I would have to see his face on social media or at events and want to scream at the top of my lungs, ‘Do you guys know this guy raped me and my best friend?’ I finally was able to process that it wasn’t my fault, I’m not less of a person for what happened to me.

I needed to confront it for the sake of my mental health and for the sake of other women. Women need to feel safe coming forward with their stories of abuse and if this helps to normalize it and make other women feel safer, the pain from having to relive it in telling it is 100% worth it. I’m not sure what exactly sparked it, but I finally felt strong enough to see myself as a survivor and not as a victim. I truly hope this helps others confront and move on from their own experiences of sexual assault.”

Following the allegations, the LA collective Low End Theory, with whom Bensussen has performed often, and his former label, Brainfeeder, have released separate statements.

Low End Theory has cut ties with the DJ, stating:

Meanwhile, Brainfeeder said Bensussen hasn’t been signed to the label in over 5 years, but denied any knowledge the alleged incident:

“The allegations against the Gaslamp Killer come as a complete shock. Brainfeeder has always been a safe, inclusive space for artists of all types and we do not condone assault in any shape or form. We did not have any knowledge of the alleged incidents, and condemn any such actions across the board.

Brainfeeder has not released any of the Gaslamp Killer’s music in over 5 years, and he is not currently signed to the label.”

i've been silently suffering over this for many years. the gaslamp killer drugged and raped my best friend and myself 4 years ago pic.twitter.com/yvJM5HEJay

i would tag him, but today i noticed he has had me blocked, which pushed me over the edge and was the clearest admission of his guilt pic.twitter.com/blNRLbXjRw

YOURE NOT ALONE. IT WASNT YOUR FAULT. I'M HERE FOR YOU.

holy shit hes already trying to cover it up pic.twitter.com/B8H4UoFjyb