Plus, Third Man Records is releasing three early White Stripes live recordings as part of the latest installment of its Vault subscription series 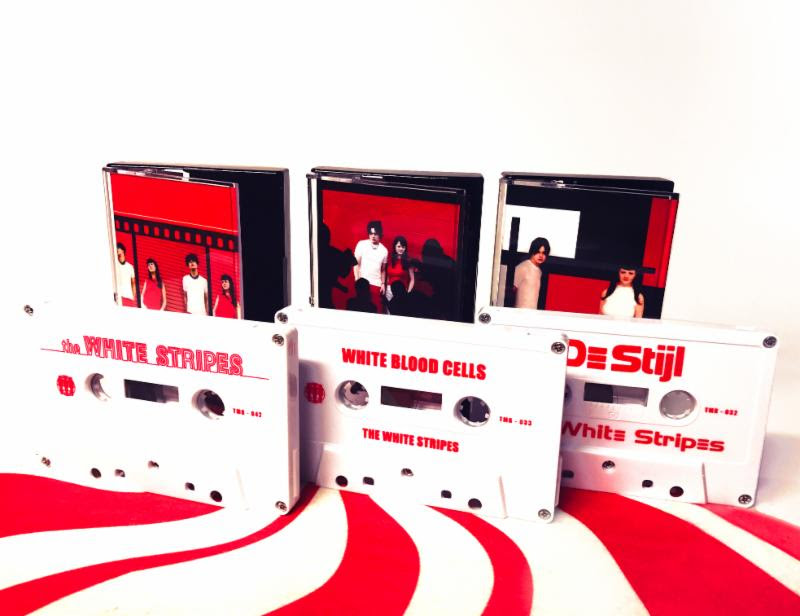 As Jack White puts the finishing touches on a new solo album, Third Man Records has announced a series of archival releases, including The White Stripes’ first three studio albums available on cassette tape for the first time.

The 1999 self-titled debut, 2000’s De Stijl, and 2001’s White Blood Cells will be reissued on limited-edition white cassette tape to coincide with this year’s Cassette Tape Day on October 14th. A black cassette will receive a wider release at a subsequent date.

Additionally, Third Man Records will unearth recordings of three early White Stripes shows as part of the latest installment of its Vault subscription program. The trio of 180-gram vinyl LPs capture the band’s first show following the release of their debut album in July 1999; an August 2000 concert featuring rare performances of Captain Beefheart’s “Ashtray Heart” and “I’m Bound to Pack It Up”; and the final-show ever at Detroit’s Gold Dollar on June 7th, 2011, during which The White Stripes played White Blood Cells in its entirety. You can preview a few of the recordings below, and sign up for the Vault here.

Live at the Gold Dollar 6-7-2001 Tracklist:
Dead Leaves and the Dirty Ground
Hotel Yorba
I’m Finding It Harder to Be a Gentleman
Fell in Love With a Girl
Expecting
Little Room
The Union Forever
The Same Boy You’ve Always Known
We’re Going to Be Friends
Offend in Every Way
I Think I Smell a Rat
Aluminum
I Can’t Wait
Now Mary
I Can Learn
This Protector

Previous Story
Kevin Devine teams with The Mynabirds for stripped down version of “No One Says You Have To”: Stream
Next Story
Lionel Richie to produce biopic of soul legend Curtis Mayfield
Popular
More Stories
[fu-upload-form form_layout="media" title="Submit Your Photo"][input type="hidden" name="ugc" value="1"][/fu-upload-form]