The ship will "travel instantaneously through Space, Air and Water by engineering the fabric of Space-Time," says the one-time Blink 182 member" 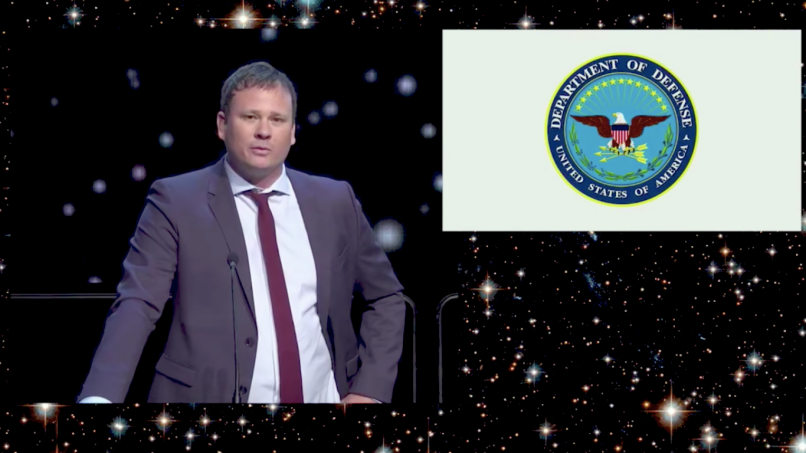 Tom DeLonge quit Blink 182 a few years ago to focus on his UFO research, and whether or not you think he’s batshit crazy you can’t deny the pop punker has kept himself busy in that arena. Since then, DeLonge has released the first volume in a three- book investigative series, Sekret Machines: Gods, communicated with the Hillary Clinton campaign about UFOs, and was named UFO Researcher of the Year. Hell, he even found a little time to release a new Angels and Airwaves EP.

Just last week, DeLonge announced To The Stars Academy, which he’s described as a “powerful vehicle for change” that seeks to create “a consortium among science, aerospace and entertainment that will work collectively to allow gifted researchers the freedom to explore exotic science and technologies with the infrastructure and resources to rapidly transition them to products that can change the world.”

Now, DeLonge’s first major initiative with the group is a crowdfunding campaign to launch a spaceship. A message on DeLonge’s Facebook account announces the project:

“Hello, my name is Tom DeLonge from the Blink-182. I have brought together an elite team from CIA, DOD and the FMR Director of Advanced Programs at Lockheed Martin’s SkunkWorks. We are aiming to build this ElectroMagnetic Vehicle to Travel instantaneously through Space, Air and Water by engineering the fabric of Space-Time. Our company is called To The Stars… and you can INVEST in our plan to revolutionize the world with technology that can change life as we know it.”

Find more information in the video below, which finds DeLonge soberly breaking down the organization’s purpose and the team he’s assembled to help execute it.

And, to think, just two decades ago we all thought “Aliens Exist” was nothing more a pretty fun pop-punk song.