"It was about moving people, and changing the world, and I really believed in rock ’n’ roll" 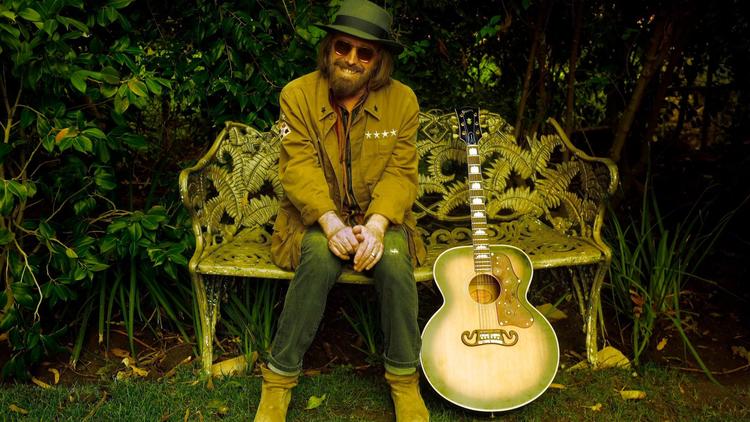 Photo by Genaro Molina for the Los Angeles Times

Tom Petty’s unexpected passing Monday left the music world shook, in large part because the 66-year-old seemed to be rolling along as usual, having just completed a 40th anniversary tour that was the Heartbreakers’ most successful to date. In the aftermath of his tour-closing three-night run at the Hollywood Bowl, Petty sat down with Randy Lewis of the Los Angeles Times for a forward-looking conversation that’s now heartbreaking in the context of Petty’s sudden passing. Over the course of their hour-long conversation, Petty shared his upcoming plans both as a solo artist (a second Wildflowers album, producing The Shelters’ sophomore LP) and with The Heartbreakers (“It’s amazing that we’re still doing it, and doing it well”). He also spoke passionately about the joy of listening to and creating music.

You can listen to the full interview here, and find a few of the most notable passages below.

On the joy listening to music still brings him:

“I love doing [SiriusXM radio show] Buried Treasure. It keeps me listening like I used to do. I always listen. I could come home and I would spend the rest of the night just lying on the floor or the sofa listening to albums. It was like a movie to me. I still do really, and doing the radio show ensures that I’ll be sitting there listening.”

“It’s hard for me … If I don’t have a project going, I don’t feel like I’m connected to anything. I don’t even think it’s that healthy for me. I like to get out of bed and have a purpose… I compare it to fishing: There’s either a fish in the boat or there’s not,” he said with a laugh. “Sometimes you come home and you didn’t catch anything and sometimes you caught a huge fish. But that was the work part of it to me. … I just remember being excited when I had a song done, and I knew I had a song in my pocket, I always felt really excited about it.”

On the joy that creating still brought him:

“To go into a studio and hear a band play [one of his new songs] for the first time is always exciting. And usually when they play it, it became something I hadn’t even pictured. Yes, I love the studio. I love the studio as much as I love playing live, easily. I’m pretty much in one every day, and I’m still at that.”

On what could stop The Heartbreakers:

“If one of us went down,” he said, “or if one of us died — God forbid — or got sick …,” letting his voice trail off at the thought of it. We’re all older now,” he said softly. “Then we’d stop. I think that would be the end of it, if someone couldn’t do it.”

On his purpose for creating music (don’t read this one if you don’t want to tear up):

“The thing about the Heartbreakers is, it’s still holy to me. There’s a holiness there. If that were to go away, I don’t think I would be interested in it, and I don’t think they would. We’re a real rock ’n’ roll band — always have been. And to us, in the era we came up in, it was a religion in a way. It was more than commerce, it wasn’t about that. It was about something much greater… It was about moving people, and changing the world, and I really believed in rock ’n’ roll — I still do. I believed in it in its purest sense, its purest form. … It’s unique to have a band that knows each other that long and that well… I’m just trying to get the best I can get out of it as long as it remains holy.”

The music world has been paying tribute to Petty, as have we here at CoS, follow this link for our full coverage. RIP Tom.