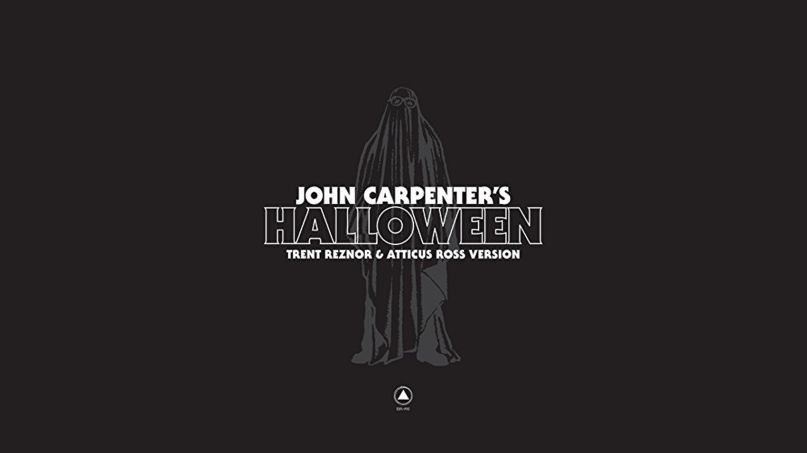 As promised, Trent Reznor has unveiled a cover of John Carpenter’s classic Halloween theme. The nearly eight-minute recording, made in collaboration with Nine Inch Nails bandmate Atticus Ross, is being released through Sacred Bones and Reznor’s own Null Corporation.

Update: In a statement Reznor says, “I clearly remember my friends and I at 13 years old conning our parents into letting us see Halloween when it came out in 1978. We left the theater forever changed. We were damaged and scarred, with the shit genuinely scared out of us and that theme stuck firmly in our heads. John Carpenter, it’s your fault that I turned out the way I did.”

Reznor and Ross’ cover comes in advance of Carpenter’s new compilation album, Anthology: Movie Themes 1974-1998, which is out October 20th through Sacred Bones. The theme to Halloween is one of the 13 tracks included on the release, which Carpenter re-recorded with the help of his son, Cody, and godson, Daniel Davies. Carpenter is also involved in the production of a new Halloween movie from David Gordon Green and Danny McBride.

Beyond his cover of “Halloween”, Reznor recently released Add Violence, the second installment in a planned trilogy of EPs from NIN, and scored Ken Burns’ new docu-series, The Vietnam War.