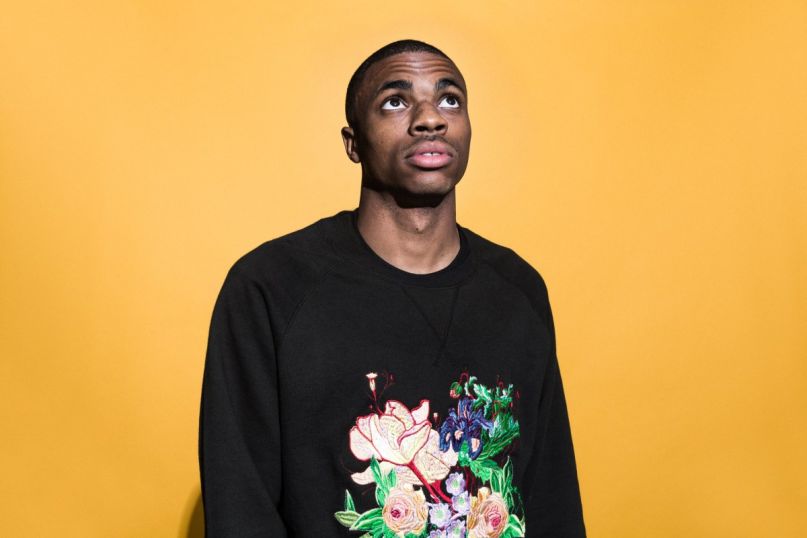 Last night at the Chicago’s Museum of Contemporary Art for Pitchfork’s In Sight Out series, Vince Staples spoke, and when asked about Eminem’s recent anti-Trump, pro-Colin Kaepernick BET Awards freestyle, the rapper responded “it was trash” and “he can do better.” Staples also claimed that if he had rapped the same lines, he wouldn’t have been praised as highly. “If I said, ‘This is for Colin/Ball up a fist/And keep it balled up/Like Donald the bitch,’ they would be like, ‘Get this nigga out of here,’” the rapper told the crowd.

Now, before you start wondering if Staples has, for the first time ever, found common ground with our Commander in Tweet, remember that Staples is a whip smart dude who is never afraid to crack a joke. “My favorite thing about the Eminem freestyle is the wall of dark-skinned black people behind him,” the rapper continued, adding, “That was great.” Staples also drew a metaphor between the freestyle and Girl Scout Cookie and breast awareness: “You can support the cause and still not like the cookie.” When asked what he thought the black men in the video were thinking, Staples said, “This is for Colin.”

After Pitchfork reported the story minus a bit of humorous context, Staples took to Twitter to continue the clownings, state he is a fan of Em’s work repeatedly and threaten to call Cornell West on the music site, all while engaging with, and clowning on, fans humorously:

The mnm statement was all in good fun I like him & Kim. @Pitchfork took it out of context because they thirsty. Lemme get these jokes off.

And yall not about to sit here and try to convince me the Donald the bitch line had y’all out y’all seat shut up.

How we gonna clown Xtentacion for rapping like a sorcerer on XXL but let M go full assasins creed & then deny me the right to my jokes.

Me not being able to make jokes about mnm is white supremacy @pitchfork don’t make me call Cornell West.