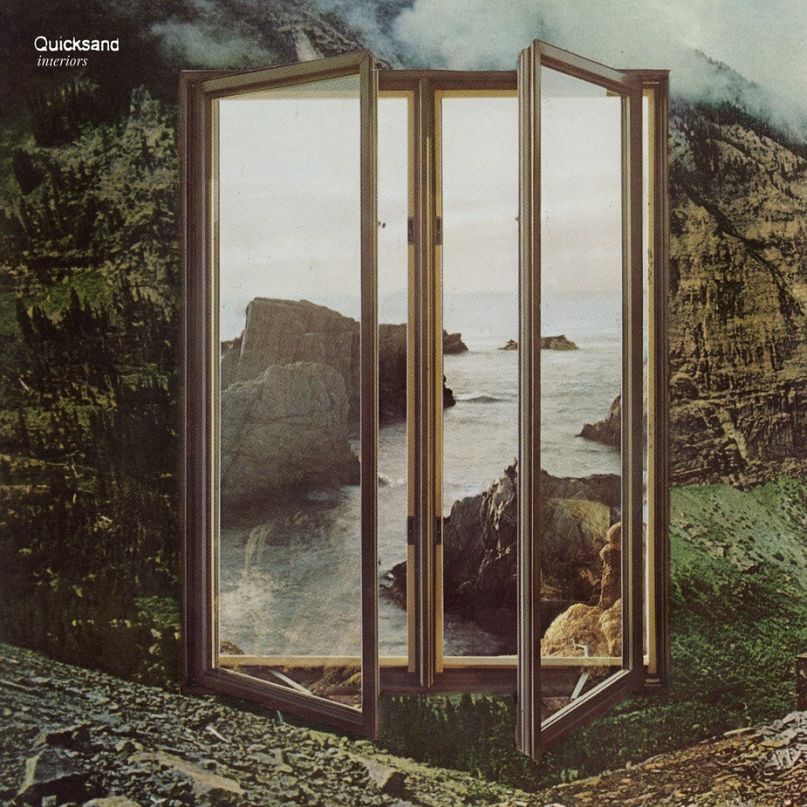 Quicksand has emerged over the years as one of the more enduring and influential bands of the ’90s alternative rock boom, which is saying something considering how relatively brief their stay was. Formed after the breakup of first wave New York hardcore heroes Gorilla Biscuits, the band delivered two crunchy-but-cerebral post hardcore gems with Slip (1993) and Manic Compression (1995). And while an attempt at a third record failed, Quicksand left things on such a high note with Manic Compression that even years after its release, it was hard not to think that there was more to be done.

For frontman and chief songwriter Walter Schreifels, there was, although not under the Quicksand banner. Arguably one of the most versatile songwriters to emerge from the American hardcore scene, Schreifels wasted little time moving into more straight-and-narrow guitar rock with Rivals Schools and even briefly went the singer-songwriter route with Walking Concert. His swift musical evolution left many to wonder when, if ever, he might give Quicksand another turn. Those questions were answered in 2012 when the band’s successful (and ongoing) reunion once again fed the rumor mill with talk of a new record. But what’s most striking about Interiors, that long-awaited third record, is how familiar it sounds even if it’s a far cry from where Quicksand left things 22 years ago. The new 12-track effort, released through Epitaph Records, still owes some to the post hardcore creativity and metallic muscle of its predecessors, but it’s arguably defined more by where Schreifels has taken his music since.

This makes perfect sense. Schreifels has repeatedly shown his ability and willingness to adapt his songs to different musical styles, so it would almost be faulty to think that Interiors would share too much in common with the band’s first two records. In 2017, Schreifels is no more defined by Quicksand than he is Gorilla Biscuits before it or Rival Schools since. He’s a guy with a lot of different tools in his songwriting arsenal, so Interiors’ unwillingness to link arms too tightly with the past is in the end the best thing it has going for it. Less an attempt at recapturing former glories, it sounds like the kind of record that Quicksand probably would have ended up making today if they never disbanded in the first place.

There’s a clear evolution in sound at play here, but the band doesn’t rush toward any big changes. Interiors instead starts in much the same place the band left things in 1995. “Illuminant”, “Under The Screw”, and “Warm and Low” lead off by hitting listeners square in the jaw with the off-kilter time signatures, dense guitars, and forceful drums that have long been the band’s stock and trade. But it’s the 47-second instrumental break that follows that first signals the musical sea changes ahead. If the record’s first three songs harken back to Quicksand’s sophisticated hardcore of old, the instrumental’s echoed, ethereal guitars are taken squarely from the Rival Schools playbook. The influence of Schreifels’ post-Quicksand band continues on the gorgeously spacey “Cosmonaut”, a track just mild enough to let some of the frontman’s philosophical lyrics creep up to the surface. “Still close enough to feel the rain, but how long can we stay before we disintegrate?” he wonders aloud to himself. Elsewhere, the band’s classic sound gets a shoegazey face lift on “Hyperion” and the record’s title track.

“Fire This Time”, “Sick Mind”, and album closer “Normal Love” beef up Interiors’ back end with more guitar might and technical dexterity, but it’s ultimately the reaches Quicksand make beyond their own well-marked boundaries that make the band’s latest something that lives up to the hype. Many reunion records fall flat by trying too deliberately to recapture what once was, but Interiors lives in the now, thereby shedding the reunion record talk to instead exist more on its own terms. It’s also the kind of forward-looking record that makes the thought of future Quicksand records sound not just promising, but likely. “It was all just about being ourselves and who we were as well as who we are,” Schreifels said of making the record. “We did it for us completely.” Maybe, but the smart money says the band’s ardent fans will follow along, too.

Essential Tracks: “Under the Screw”, “Cosmonaut”, and “Hyperion”