Andy Dick defends Kevin Spacey, Brett Ratner, Harvey Weinstein: “They were probably like me and just trying to get a date”

The actor, who himself has been accused of sexual misconduct, gave a combative interview to TMZ 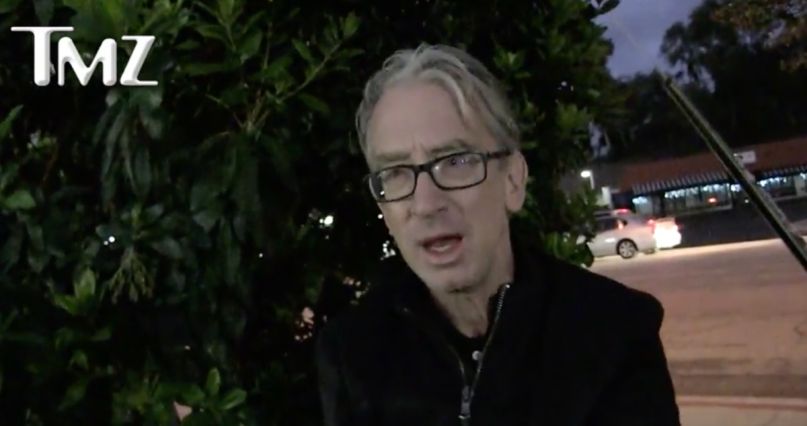 Andy Dick is one of several Hollywood figures who has been accused of sexual misconduct in recent weeks. Specifically, Dick has been accused of unwanted groping, kissing, and other sexual advances while on the set of the movie Raising Buchanan. He was subsequently dismissed from that movie as well as another.

The 51-year-old Dick has shown little remorse, however. When the allegations first surfaced, Dick denied any wrongdoing and added that he didn’t know “the difference between sexual harassment and trying to get a date.” Last night, a female paparazzo caught up with Dick for an impromptu interview, and the actor remained combative. It didn’t help that he appeared to be heavily intoxicated.

The paparazzo rattled off the names of several other Hollywood figures who’ve been accused, including director Brett Ratner, actors Dustin Hoffman and Kevin Spacey, and movie producer Harvey Heinstein. “I can’t speak for them, but I will get their back and say they were probably like me and just trying to get a date,” Dick responded.

Asked if he felt guilty, Dick became increasingly agitated. “For what?” he repeatedly asked. “What would I feel guilty for? Nothing.” He added, “There are creeps and predators out there, but it ain’t me.”

Throughout their brief conversation, Dick threatened to lick and grope the female paparazzo if she didn’t stop asking questions related to the allegations. At one point, he made a sudden jerking motion and got uncomfortably close to her.

Finally, Dick was asked how he was coping with the controversy. “I’m considering suicide everyday, he responded.