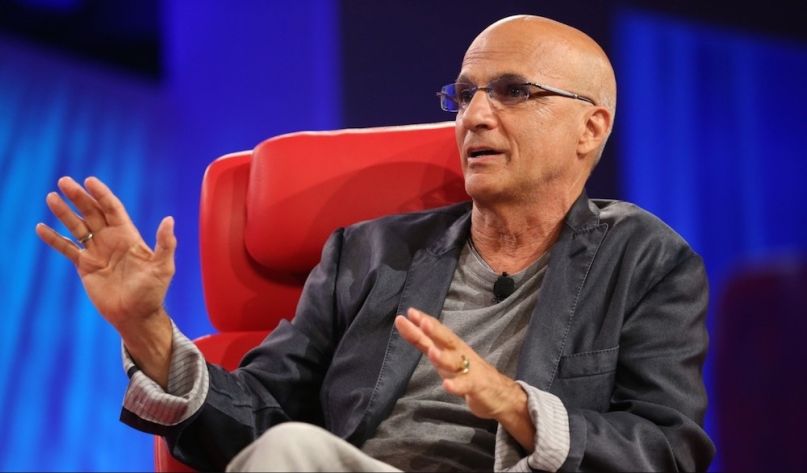 The U.S. music industry saw its revenue growth “accelerate” in the first half of 2017, up 17% to 4 billion, according to Billboard. A 50% increase in paid streaming subscriptions is largely responsible for this growth, accounting for $2.5 billion of the $4 billion revenue. Despite this, Apple Music head Jimmy Iovine has gone on record to caution the industry against relying too heavily on streaming. In a new interview with Billboard, he’s shared greater detail about the problems facing companies like his own.

According to Iovine, streaming services “aren’t making money” because the profit margins are still too thin. As a result, the companies in the best position to succeed — Apple, Google, and Amazon — aren’t reliant on music streaming alone. On the other hand, Spotify has the burden of “making this a real business.”

(Read: HBO’s The Defiant Ones: An Interview with Allen Hughes)

“The streaming services have a bad situation, there’s no margins, they’re not making any money,” he told Billboard. “Amazon sells Prime; Apple sells telephones and iPads; Spotify, they’re going to have to figure out a way to get that audience to buy something else. If tomorrow morning [Amazon CEO] Jeff Bezos wakes up and says, ‘You know what? I heard the word “$7.99″ I don’t know what it means, and someone says, ‘Why don’t we try $7.99 for music?’ Woah, guess what happens?”

“The streaming business is not a great business,” he continued. “It’s fine with the big companies: Amazon, Apple, Google… Of course it’s a small piece of their business, very cool, but Spotify is the only standalone, right? So they have to figure out a way to show the road to making this a real business.”

Compounding the problem, according to Iovine, is that back catalogs have begun hitting their contract reversion dates and artists are seeking higher-paying deals.

For Iovine, the solution lies in original content. “Netflix has all that original stuff and it’s $11.99, [With] music [streaming services], everybody has everything, plus the free tiers, every song is on YouTube, so how can they charge $11.99 to a consumer? I’m like, no. I’m gonna buy this and get the music for free…. It’s a massive problem.”

“Put yourself in Kansas without a job and YouTube is free, Pandora is free, Spotify is free…. If there’s a restaurant down the street with the exact same food as this restaurant that’s on a mountain with a view, only this one’s for free, a lot of people are gonna eat there. They’ll use paper towels, they don’t give a shit about napkins.”

“These are issues that the record industry has to deal with and I don’t know if they’re dealing with it,” he added.

Taylor Swift would certainly agree. The pop singer singer went through a long holdout with Spotify before returning her music to streaming services on the night of her frenemy Katy Perry’s album release. However, her latest effort, Reputation, is still only available for purchase nearly three weeks after its release, and there’s no sign whether it’ll hit streaming services anytime soon.

Previous Story
Morrissey struts his stuff in the new music video for “Jacky’s Only Happy When She’s Up on Stage”: Watch
Next Story
Album Review: U2 – Songs of Experience
Popular
More Stories
[fu-upload-form form_layout="media" title="Submit Your Photo"][input type="hidden" name="ugc" value="1"][/fu-upload-form]