If Asheville is the best-kept music secret in the country, the secret is starting to get out 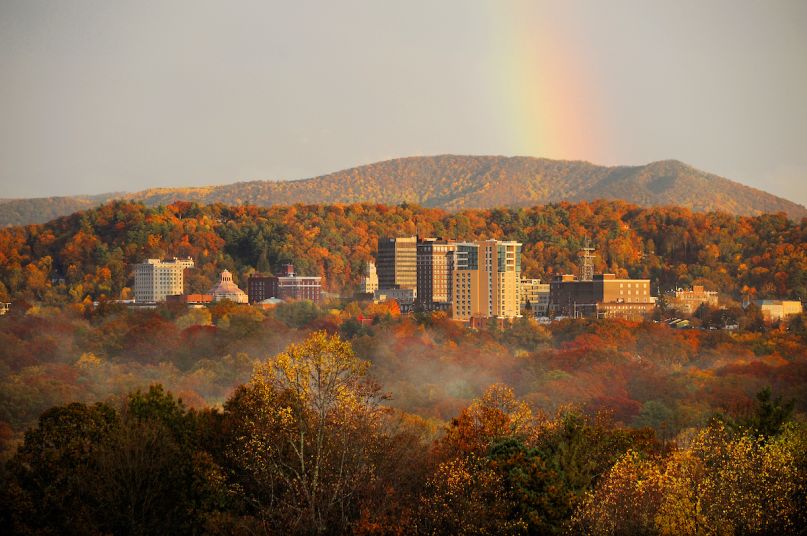 It takes a lot for a city to be identified for its music. The “Music City U.S.A.” distinction belongs to Nashville, Tennessee, largely because the country music industry makes its home there. Austin goes a step further with a mural that declares itself as “The Music Capital of the World,” a claim that’s hard to argue with when considering the role that its South by Southwest conference plays in the music industry. A place like New Orleans holds its stake in music for birthing the genre of jazz, which is a rare art form whose genesis can be linked solely to America. And for the US’ biggest cities — Los Angeles, New York, Chicago — the music connection doesn’t even need to be overtly stated, as their status as centers of industry and hosts for huge cultural events speak for themselves.

For a city like Asheville, the music that flows in its veins isn’t quite as heralded. For many, it takes a visit to know that one of America’s great music centers lays a little off the beaten path. For others, the word of mouth is spreading. That’s what got me to the western North Carolina town in the middle of fall, where a true autumn was beginning to change the colors of the foliage and the air was just starting to turn crisp. Asheville is proud of many aspects of their city, from its beer culture to the profound natural beauty that is visible in all directions, but what might be highest among these is the music.

The thing about Asheville’s music scene, though, is that you don’t have to look too hard for it. I was set up perfectly for exploring by staying at Mariott’s brand-new AC Hotel, whose central location, rooftop bar, and stylish decor made it an ideal launching spot for all Asheville adventures. With this as my launching spot, I quickly realized how much music was ready to be experienced in Asheville. It was waiting as I strolled through its expanding downtown area, thanks to a wealth of buskers playing guitars, keyboards, or even less conventional instruments. Sometimes it is just a lone musician calmly playing in the shadows; other times it is a collective drawing a small crowd to their corner of the avenue. It all seemed so spontaneous, but Asheville actually has a buskers collective that keeps the musicians abiding with certain levels of etiquette and performing in designated locations. Those locations appear widespread to the casual observer and help maintain harmony between the performers and the local business owners. On this weekend, there was an outdoor merchant market that increased the foot traffic and the outdoor music. It was a busy weekend for Asheville thanks to what locals call “leaf chasers,” but the widespread songs that soundtracked the streets were present in both the daylight and the darkness, regardless of the potential listenership.

Of course, the vast majority of local musicians and music professionals that make Asheville their home don’t rely on spare change in their guitar case to make a living. Throughout my tour of Asheville, I’m reminded by just how many musicians make the city their home and find ways to make their living there. On Friday night, I make a detour into a cozy speakeasy-type bar Crow and Quill where smoke infuses cocktails and everyone seems to know each other. There I meet Andrew J. Fletcher who plays piano in the Firecracker Jazz Band, backing a retro burlesque performance that takes place in the center of the narrow bar, with the performers interacting with the game patrons. The next afternoon, Fletcher is bright-eyed for his role as MC aboard the LaZoom Band and Beer Bus Tour, a rolling tour that takes guests to a pair of local breweries while a two-piece cover band, Dream Pipe, provides festive musical accompaniment in the form of Disney and Taylor Swift covers. When I meet another local musician, Ben Hovey, performing as a two-piece with Stephanie Morgan for those enjoying cocktails and an ornate fireplace at the Grove Park Inn, he notes that he is able to book more than 200 gigs a year in and around Asheville. One of the city’s most famous residents, Angel Olsen, is mentioned often by many as both a success story and an example of just how much talent is residing in the city limits. To the world, she’s become a noted songwriter with an unmistakable voice, but to many locals, she’s just Angel, a fixture in a thriving music community.

Another stop, at local radio station Asheville FM, gives insight as to just how committed to the community that Asheville’s music scene is. It’s a station comprised of several dozen volunteers, filling nearly every available slot with original programming. The station representatives are proud to air Democracy Now! and note their award-winning anarchist show, The Final Straw, but the vast majority of the airtime goes to dedicated locals that put in the hours to showcase their wide knowledge of niche genres. It’s a contrasting environment with the same passion pulsing through it as Echo Mountain, Asheville’s renowned recording studio. Taking a tour of the recording complex’s pair of buildings — including a converted church — plays like a fantasy for a music geek, with recent classics like The War on Drugs’ Lost in the Dream and Angel Olsen’s Burn Your Fire for No Witness recorded in part there, along with works from the likes of Band of Horses, The Avett Brothers, and Dawes. The best recording studios ooze personality, but Echo Mountain has that to spare, with studio manager Jessica Tomasin able to gush equally about the space’s technical capabilities as she is about the magnificent decor and architectural flourishes. It’s not surprising that when coupled with the tranquil creative environment of the city, so many fantastic albums have been created in the space.

So when you hear music on the streets, music at the bars, music on boozy bus tours, and music on the airwaves, it should be expected that the city of Asheville turns out for touring acts, too. Since Moogfest moved across the state to Raleigh in 2016, the city doesn’t host a music fest — which, talking with Tomasin, is looking to change in the very near future. For now, though, traditional concerts are the best way for the town to welcome in the music of the outside world. In the weekend that I’m in town, artists like Moses Sumney and Willie Nelson perform in the city, while the town’s most renowned venue (and one of the 100 best in the country), The Orange Peel, is still buzzing from a recent visit from Run the Jewels. But I opt to see Julien Baker, who at that moment is about to release her anticipated — and excellent — sophomore album Turn Out the Lights. She hails from nearby Tennessee and is just beginning her support of the album cycle with shows in smaller towns near the Atlantic. It’s a Saturday night show with the audience anticipating emotionally demanding tunes, but the environment at the The Grey Eagle is still electric, with fans spreading out in the venue’s many rooms and outdoor patio.

I realize quickly during the set that I’ve never seen Julien Baker as a headliner. But even when she’d played early in the afternoon at festivals or opened for Conor Oberst, her gut-wrenching songwriting inspired quiet reverence. Her music is quiet but full of vocal explosions, and when performing in front of a non-dedicated audience, listeners can do little but take it all in as a majestic emotional outpouring.

The Grey Eagle // Photo via ExploreAsheville.com

But in Asheville, it is different. On this night, the audience pushes close to the stage and stands on chairs in the back to get a good view. When she performs songs from her magnificent debut, Sprained Ankle, or even when she performs her new album’s lead singles, the audience sings along loudly. They sing their own hearts out. They even sing when she covers Manchester Orchestra, revealing not just an audience of local music fans, but people embedded in the same musical universe as her. It’s all a moving, communal experience that would feel rare in a town like Los Angeles or New York where sceney coolness represses such pure outpourings.

It was only one night in Asheville, but it was easy to imagine that these kinds of special concerts happening on the regular. As I walked around the venue, the walls featured a wealth of artist portraits, ranging from legends like J Mascis to newer acts like The Lumineers. When I inquired about the photos, a venue employee revealed that all of the photos were taken at or near the venue on the day the artist performed. Even the artists that come to Asheville understand that the moment is worth preserving. It doesn’t matter that it isn’t the most obvious or well-known music city in the country; slowly, people are catching on. Some come for the weekend, some come to record an album, and some come to build a life. If Asheville is the best-kept music secret in the country, the secret is getting out, and deservedly so.

To learn even more, please check out and explore the Asheville Music Scene’s official site.