In addition to playing Nala, Queen Bey could work on updated takes on "Circle of Life" and "Can You Feel the Love Tonight" 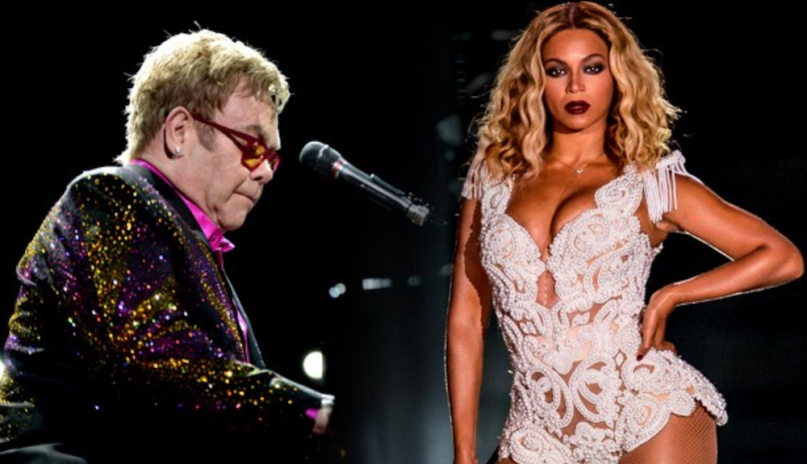 Earlier this month, Disney announced it had cast Beyoncé to voice Nala in its upcoming remake of The Lion King. As part of the role, the Lemonade singer will be tasked with singing several of the film’s iconic songs and, according to the New York Daily News, she’s be working hand in hand with another legendary musician.

Queen Bey is penning new versions of classic Lion King songs, such as “Circle of Life” and “Can You Feel the Love Tonight”, with the help of their primary songwriter Elton John, the Daily News reports. John, who in conjunction with Hans Zimmer contributed extensively to the original film’s soundtrack and score, has reportedly signed a deal that will allow him to reimagine his 1994 songs for the new movie.

“The songs will be thread into the storyline,” a source told the Daily News. “It is unthinkable when you have Beyoncé involved not to have her sing some of those iconic hits — and that means huge sales to a new generation. The deal is a huge one and will earn [Elton John] millions at many stages. Obviously he will get a one off licensing deal followed by a cut in royalties from all aspects of the work.”

If all goes to plan, I’m expecting a soundtrack of epic proportions in the vein of Bey’s slayin’ 2017 Grammys performance, in which she majestically donned a gold crown. (Disney, there is still time to rename this project as The Lion Queen, #jussayin.)

Of course, Beyoncé is just one of many, many big names attached to Jon Favreau’s forthcoming edition of The Lion King, which is scheduled to open in theaters in 2019. Others include: Donald Glover (Simba), James Earl Jones (Mufasa), John Oliver (Zazu), Chiwetel Ejiofor (Scar), Billy Eichner (Timon), Seth Rogen (Pumbaa), and Eric Andre and Keegan-Michael Key as two of the hyenas. Zimmer, too, will reprise his role as composer.

Now close your eyes and imagine Bey’s updated version of “Circle of Life”: