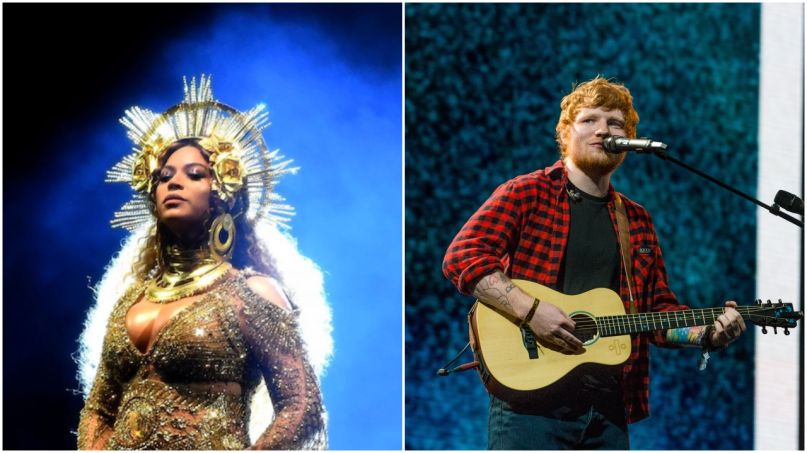 Beyoncé’s been lending her golden vocals to some surprising personalities lately, including Eminem (“Walk on Water”) and Elton John, with whom she’s collaborating on new versions of songs from the Lion King in advance of her starring role in the upcoming remake. We’d be lying if we said we were stoked about her latest collaboration, but new Beyoncé is new Beyoncé, so we’ll grit our teeth and listen to this duet with her and neckbeard troubadour Ed Sheeran.

Called “Perfect Duet”, the song is a rework of Sheeran’s “Perfect” from his latest album, ÷, and features a choral arrangement that accompanies Bey’s contribution. She sounds great and all, but do any of really want to think about Bey and Sheeran singing a love ballad to each other? Decide for yourself by streaming it below.