Bryan Cranston on allegations against Kevin Spacey: “His career now I think is over”

“He’s a phenomenal actor, but he’s not a very good person,” said the Breaking Bad star 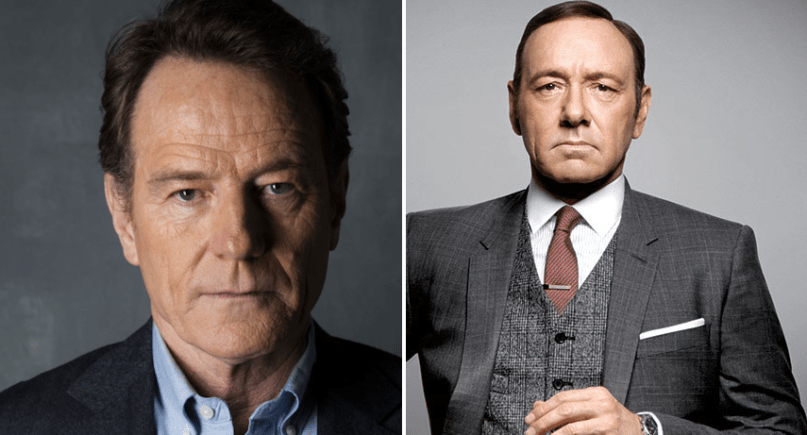 Over the last two weeks, Kevin Spacey has gone from one of the most revered actors in Hollywood to one of the most reviled. Growing allegations of sexual misconduct and harassment have put a halt on his career, with Netflix cutting ties with their House of Cards star and Ridley Scott reshooting his latest film in order to remove the actor. Another well-respected actor has summarized Spacey’s fall succinctly: “His career now I think is over,” Bryan Cranston told BBC Newsbeat.

“He’s a phenomenal actor, but he’s not a very good person,” the Breaking Bad star said. He added that he’d never witnessed Spacey’s or any other Hollywood figures’ alleged abuse, but isn’t entirely surprised. “You know it has gone on,” Cranston said. “There’s a disorder among all those people who use their power, their place or their status in any industry to overpower someone and force someone to do something that they don’t want to do. It’s beyond disgusting. It’s almost animalistic.”

Still, Cranston sees some light in the recent rash of allegations coming out of Tinsel Town in that people are no longer afraid to speak up. “That sort of experience goes unchecked until something like this happens,” he told BBC Newsbeat. “The pillars of what was are falling. Everything is being exposed. Women and men should not have to tolerate misbehavior just because of their youth and inexperience. The silver lining is we’re not accepting behavior like that just because it’s the way it’s always been.”

Here’s a list of all the powerful individuals who’ve been accused of various forms of sexual misconduct since allegations against Harvey Weinstein opened the floodgates.