The group discusses Em's influences and his new Rubin-produced single 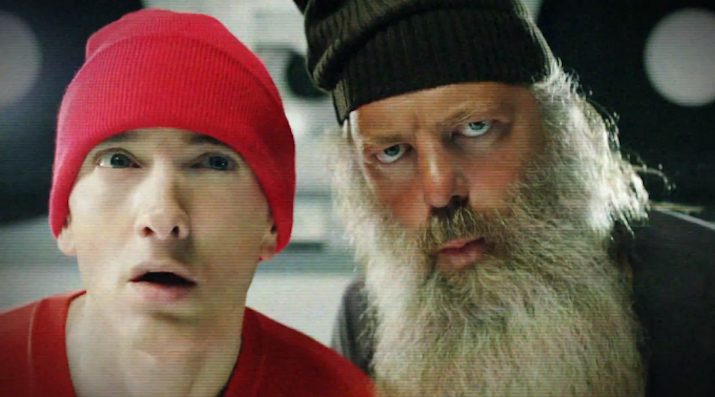 Producer Rick Rubin and journalist Malcolm Gladwell have launched a new podcast called “Broken Record”. The joint venture will feature the two co-hosting episodes about varying genres and artists in the music world, and their inaugural guest is none other than Eminem.

Rubin produced the rapper’s latest track, the Beyoncé-featuring “Walk On Water”, and Gladwell reveals it was JAY-Z who convinced Bey to sing the chorus after Rubin played him the song. Of the tune, Eminem says, “It’s a very mortal song. It’s mortality, it’s not being Superman. What if I can’t come up with the best shit I wrote every single time, you know?”

Em — who will be the musical guest on next week’s SNL —  also delves into his huge respect for Tupac, and discusses his early influences like Ice-T, Audio Two and N.W.A. You can listen to the whole episode below.