Wonder Woman’s Amazonians get much skimpier outfits for Justice League 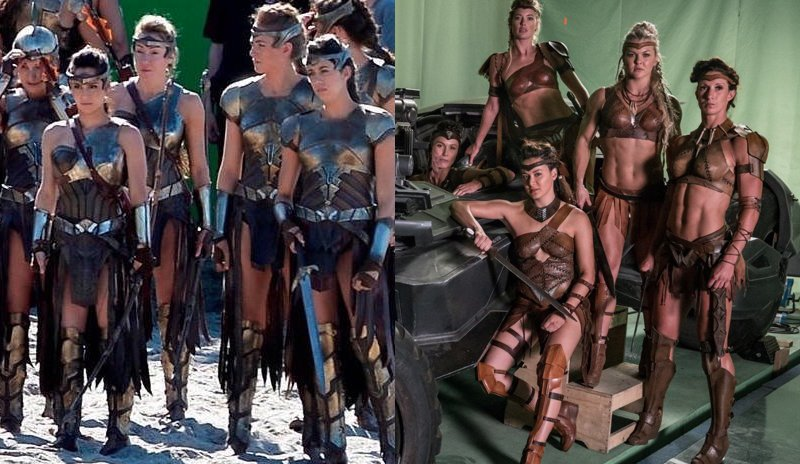 Justice League opens in theaters this Friday, and early buzz has been generally positive. One thing is raising the ire of fans, however, and it’s not Henry Cavill’s mustache. Fan-site The Golden Lasso pointed out that it appears the warrior costumes worn by the Amazonians in the excellent Wonder Woman were replaced with revealing and form-fitting leather outfits in JL.

For Wonder Woman, costume designer Lindy Hemming worked with director Patty Jenkins to create Amazonian armor befitting women warriors: metal plating, full-torso coverage, and Greco-Roman functionality over form. When it came time for Justice League, however, Zack Snyder and costumer Michael Wilkinson chose to toss out the old designs in favor of strips of leather that revealed more skin and fit tighter to the actresses’ body. Production photos like those below show how the changes were a reductive move from a combat-readiness perspective.

Those images are of CrossFit champion and actress Brooke Ence in costume for Wonder Woman (left) and Justice League (center and right). Some argue that the leather ensemble in the center could be from a scene taking place in the far past (though they are posing with Ben Affleck’s Batmobile). Even so, when Ence does “warrior up” on the right, there is far more skin shown than in her WW outfit, with her stomach perfectly open to attack. What’s more, if “it’s a flashback” is the reasoning for the skimpy leather outfit, it posits that ancient Amazonian warriors weren’t skilled or logical enough to create proper battle armor like the Greeks or Romans.

Many, such as artistic director of Athena Film Festival Melissa Silverstein, have pointed out that the switch from detailed armor to generic leather barbarian outfits is indicative of the different ways female and male filmmakers consider actresses appearances:

Here is a fantastic example of the difference between the male and female gaze.
Patty Jenkins' Amazon warriors on the left. Zack Snyder's on the right. pic.twitter.com/fRDkV8dFLe

Perhaps Snyder does include a meaningful explanation for why the planet’s fiercest warriors would wear such flimsy battle garb and openly expose their vital organs; we’ll have to see when Justice League opens wide on November 17th.