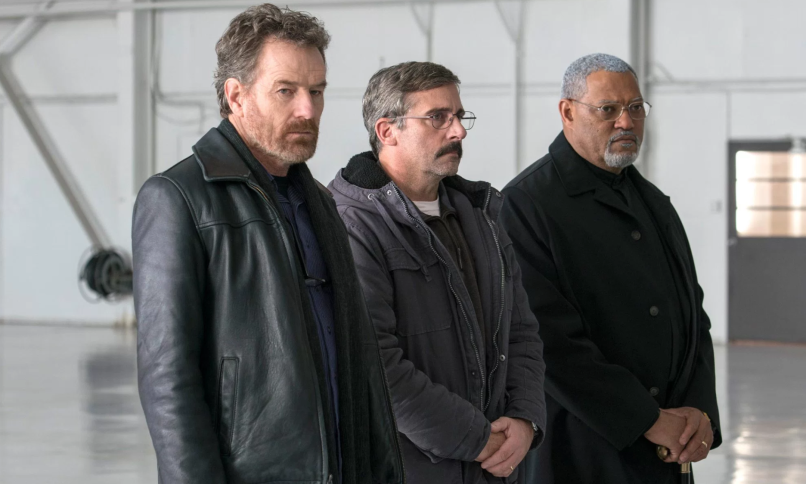 Richard Linklater is unpredictable. One glance through his filmography proves that he’s a visionary who has never relegated himself to one particular genre. That’s why he can do a chummy ’70s period piece like 1993’s Dazed and Confused as quickly as he can commit to boisterous mainstream fare like 2003’s School of Rock, or helm a stripped-down, dialogue-driven drama such as his Before trilogy while also harnessing experimental projects like 2001’s animated docufilm Waking Life or 2013’s sprawling coming-of-age epic Boyhood. But that’s what we love about the guy, and why he’s one of America’s most important filmmakers. He’ll play to the rafters, but he’ll also keep things close to the vest, and traditionally, his films all feel inspired and intriguing enough to work in tandem.

Something’s off about his last couple of pictures, though. 2016’s Everybody Wants Some!!, his highly-anticipated spiritual sequel to Dazed and Confused and followup to the Oscar-nominated Boyhood, suffered from too much testosterone and navel-gazing. It was a two-hour slog with the biggest jerks from college, lacking any of the personality or perspective of its “predecessor,” or any of Linklater’s previous entries. Now, he returns with Last Flag Flying, another spiritual sequel, only this time to Hal Ashby and Darryl Ponicsan’s 1973 war dramedy The Last Detail. Co-written alongside Ponicsan himself, who authored the 2005 novel-of-the-same-name, the film swaps out Jack Nicholson, Randy Quaid, and Otis Young for Bryan Cranston, Steve Carell, and Laurence Fishburne, changing their names while retaining essential details in the process. Despite all this talent, or perhaps in spite of, the film lacks any of that Linklater nuance to make it a compelling picture.

Instead, the story’s built on three archetypal characters, who all begrudgingly travel together as they make their way to a military funeral in support of their friend. You have Cranston, mugging the camera at every instance, as the womanizing, boozing, and contemptuous Sal Nealon; Fishburne, who couldn’t appear more disinterested, as the sullen and salient reverend, Mueller; and then, Carell, who does wonders with silence, as the grieving Larry “Doc” Shepherd. They’re all former pals from the Navy, but they share a sordid past, and true to Linklater’s style, those skeletons are slowly dragged out of the closet. Unfortunately, every character, save for Carell’s Doc, is straddled with a book of Dad jokes and a deluge of ham-fisted mantras that wouldn’t be out of place on a poster in Nathan Fielder’s office. It’s like they’re constantly doing line-readings.

That doesn’t work for Linklater. At all. Watching this film, you quickly get the idea that the filmmaker saw a potential medium with this story for his more carefree, dialogue-heavy style. Like any number of Linklater’s works, there isn’t much action, nothing too crazy happens, and there aren’t any jarring twists. It’s mostly three dudes talking about life — you know, Linklater’s forte — and while it’s never boring, it rarely feels natural. Sure, there are moments — for instance, a hilarious scene on the train involving shared sexual exploits during wartime, one Linklater wisely takes his time with — but all too often it’s PSA-style dialogue that seems aimed at the audience rather than the characters themselves. Perhaps this is straight from Ponicsan’s book? Maybe, maybe not. Even so, it doesn’t work for this film, or rather, it doesn’t work for a Linklater film.

It is telling that The Last Detail was adapted by screenwriter Robert Towne and not Ponicsan. If you know your film trivia, you’ll recall that Towne took home the Oscar for his work on Roman Polanski’s Chinatown, which arrived only a year after The Last Detail. Seeing how that screenplay is often considered one of the greatest of all time, and features some of the strongest dialogue of any ’70s film, a decade known for its patience and naturalism with regards to filmmaking, it’s evident that Towne added a keen perspective to Ponicsan’s storytelling. Linklater tries to fill that void behind the camera, but his lingering and meditative aesthetic is no match for a black and white, no-nonsense screenplay. It’s a script that belongs to latter-day Rob Reiner, that deserves a punchy score by David Newman, that belongs in a mainstream setting. Not with Linklater.

What’s actually most intriguing about Last Flag Flying is how it’s become relevant by happenstance. Four weeks ago, when I actually saw the film at a screening, it felt ancient — like an early aughts rental — as exemplified by one scene in which the three aging war veterans guffaw over flip phones. Today, thanks to the brainless idiot running our country, the same moron who can’t even pay proper respect to our brave veterans without looking like a soulless asshole, the film’s anti-government themes feel more prescient than ever. So now, when we watch Cranston rant about the way the men and women of this country are drilled around like dispensable machines, the feeling is not only mutual, but also aggravated. For that reason alone, Last Flag Flying will soar quite high for many of us in this country. Short of that, it’s a treacly slog that’s regretfully forgettable.