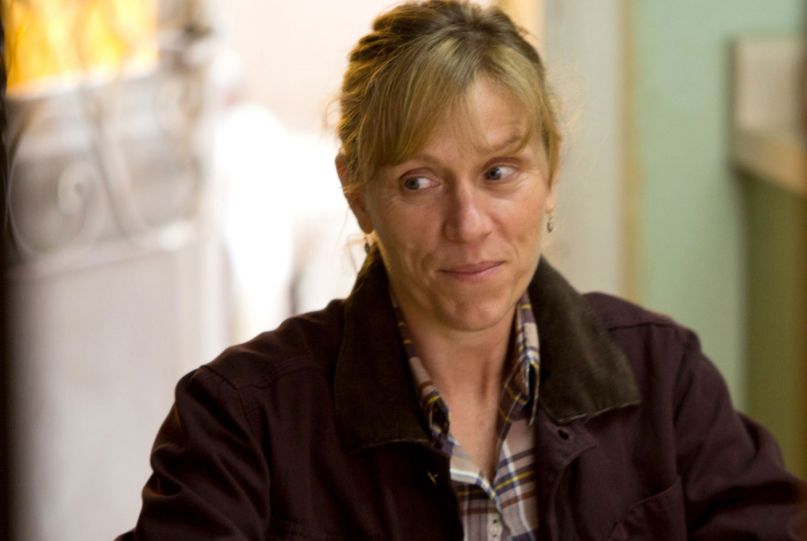 For many people, their first exposure to Frances McDormand was Fargo (1996), where she showcases the depths of her range as an actress in a role that, played by almost anyone else, wouldn’t have been nearly as memorable. Try it and see if you can imagine Nicole Kidman or Angelina Jolie saying the line “What do we got here, Arby’s?” In this pivotal film, for which she won an Oscar for Best Actress, McDormand jumps both hands and feet first into Joel and Ethan Coen’s dark, and often hilarious, depiction of a series of bumble-footed crimes in snowy Minnesota. Playing the very pregnant police chief Marge Gunderson, who finds herself Arby’s deep in a homicide investigation, McDormand fills every scene she’s in with the kind of seemingly effortless humor, tangible concern, and perfectly timed tension that hundreds of thousands of actors worldwide are, at this very moment, running themselves ragged hoping to replicate.

By the time Fargo came out in 1996, McDormand had already appeared in 16 films, the first of which, Blood Simple (1984), was also written and directed by Joel and Ethan Coen. For this one, she plays a character named Abby who’s caught up in a deadly bad marriage. While we’re on the subject of marriage, it’s a good time to point out that McDormand and Joel Coen are themselves married, to each other, and have been since 1984. This, by Hollywood standards, is a damn miracle. Aside from the previously mentioned Fargo and Blood Simple, McDormand and the Coen clan have collaborated on Raising Arizona (1987), The Man Who Wasn’t There (2001), Burn After Reading (2008), and Hail, Caesar! (2016). Many of these will most assuredly pop up later on as we discuss what we believe to be her 10 best roles.

The Chicago-born, New York-planted actress can, and should, be heralded as a shining example of how to not only navigate the film industry, but life itself (based on what Google knows of her) with the kind of style, grace, and talent that leads by example, showing that it is possible, nay encouraged, to be successful in the film industry while also giving nary a feck about the untold years of Hollywood nonsense (namely when it comes to beauty and age pressures) heaped upon women in an unending deluge. And while her name may not always be at the tip of your brain while searching for a movie to stream, it 100% should be. Make note of these examples why, and then catch her latest, Three Billboards Outside Ebbing, Missouri, when it comes out this Friday.