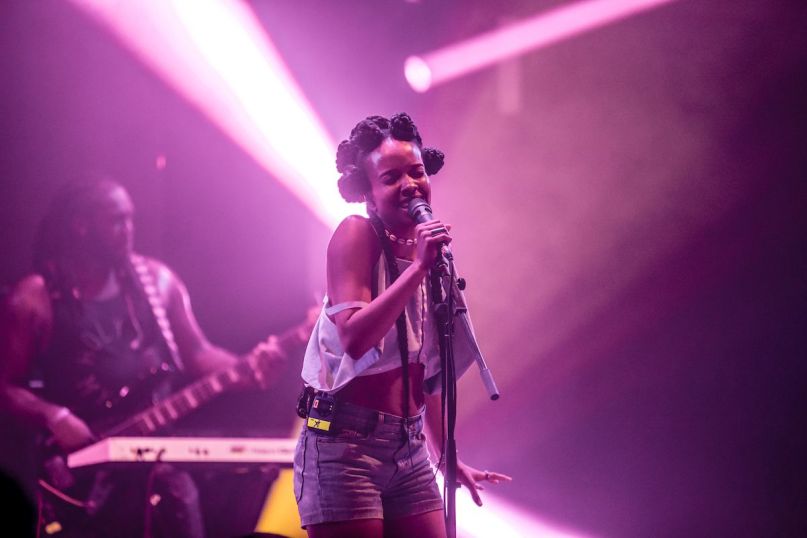 Kicking off the Thanksgiving weekend, CoSigned R&B artist Jamila Woods headlined a BLK Wednesday show at the Metro in her hometown of Chicago. During her set, she performed a medley that’s becoming more and more familiar to those versed Woods’ live show: Rage Against the Machine and Nirvana, mashed together and delivered in the sumptuous, seductive style on which Woods has built her career.

It begins with Woods’ bluesy take on Rage’s “Killing in the Name”, then segues into the dreamy opening verse of Nirvana’s “Smells Like Teen Spirit”, which reveals heretofore unseen resonance in this swaying, romantic rendition. See footage of Woods’ mashup, taken from a performance at the Netherlands’ Border Crossing Festival, below:

That’s not Woods’ only live mashup, however. Her own “In My Name” from last year’s HEAVN sometimes finds an assist from a particular Destiny’s Child song. See it below.

Woods begins her west coast tour at Seattle’s Barboza on December 3rd, then heads overseas in 2018. View her full tour itinerary below.