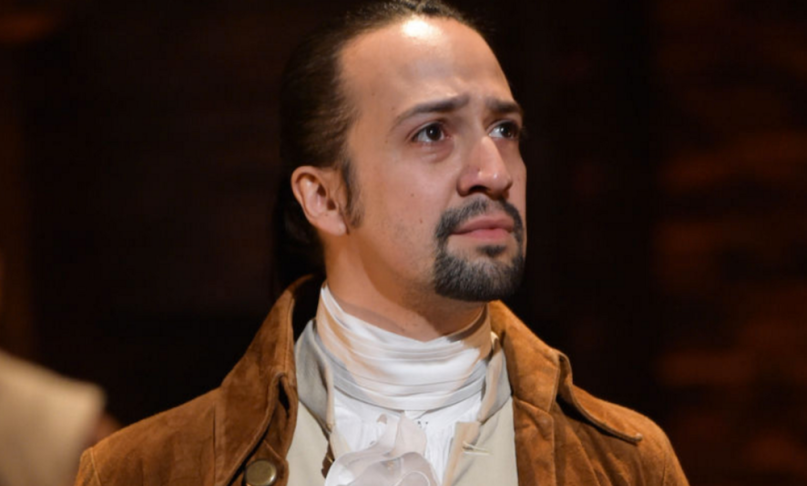 Last week, Hamilton creator, actor, and songwriter Lin-Manuel Miranda announced to an audience at the National Museum of Puerto Rican Arts and Culture in Chicago that assisting with the relief of post-hurricane Puerto Rico was his “new full-time gig for now.” Those weren’t just cocktail words, either: Drawing upon his talents and friends, he released a charity single, “Almost Like Praying”, with all proceeds benefiting the Hispanic Federation UNIDOS Disaster Relief Fund. Now, The Hollywood Reporter reports that he’s offering the territory hope and culture in addition to funds by bringing them his hit musical Hamilton and reprising his role as Alexander Hamilton.

In January of 2019, the show will have a three-week run at Teatro UPR on the University of Puerto Rico’s main campus in San Juan. The theater itself was damaged during Hurricane Maria’s landfall and will undergo repairs before the show’s opening.

“Bringing Hamilton: An American Musical to Puerto Rico is a dream that I’ve had since we first opened at The Public Theater in 2015,” said Miranda in a statement. “When I last visited the island, a few weeks before Hurricane Maria, I had made a commitment to not only bring the show to Puerto Rico, but also return again to the title role. In the aftermath of Maria we decided to expedite the announcement of the project to send a bold message that Puerto Rico will recover and be back in business, stronger than ever.” The last time Miranda played the part of Hamilton was on July 9th, 2016.

Producer Jeffrey Seller added that the run aims to “play a positive role in bringing the artistic pulse of the community back to life.” He also noted that a number of tickets for the musical, which go for hundreds on Broadway, will be available for just $10. “Arts and culture are pillars for economic development, cultural tourism, community empowerment and growth,” he continues. “As always, we will work to ensure accessibility for all audiences and a large proportion of our seats for every performance will be available by lottery for $10 each — a Hamilton.”

Locally, the production will be presented alongside Puerto Rico’s Acisum Group. “Right now, people in Puerto Rico need good news that would bring them hope, optimism, courage and a solid vision for the future,” said Acisum president Ender Vega. “We have no doubt that Hamilton’s premiere in Puerto Rico in January 2019 will do just that.”