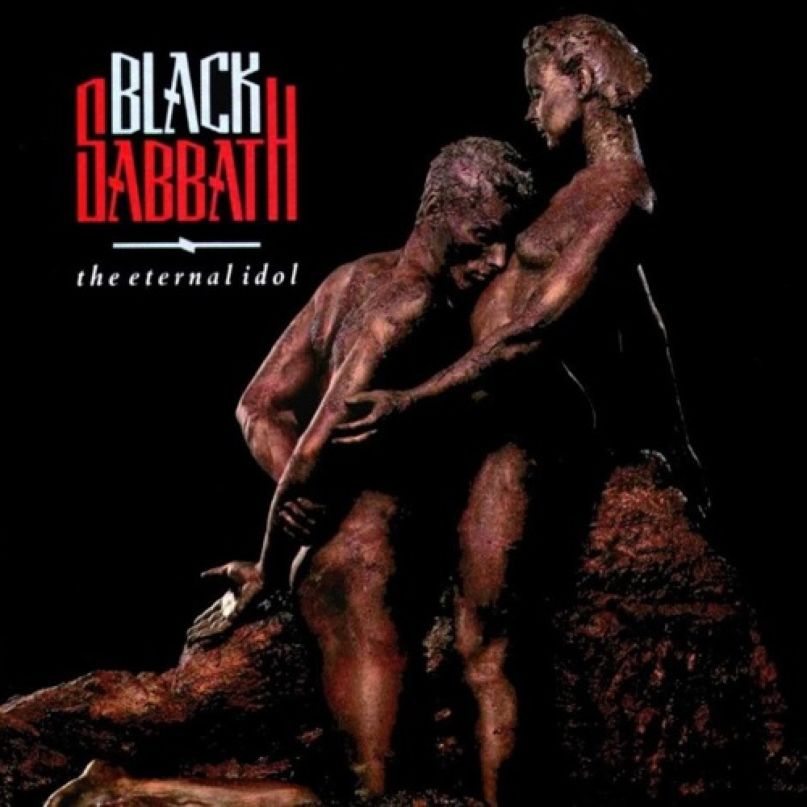 Black Sabbath, for most of the ’80s, were a lost band. Seventh Star was a move towards slick ’80s AOR right down to Tony Iommi’s Bon Jovi fringe jacket, which he actually kinda pulls off. Iommi took the newfound melodic direction he developed with Dio and perverted it into more commercial ends, and the man who created the metal riff ended up following other perverters of the form he birthed. Iommi’s touch guarantees at least a few killer songs per record, but he was caught in a purgatory — too heavy-handed for the pop-metal crowd, not raw enough for Sabbath diehards and the burgeoning thrash metal scene. “Black Sabbath is passe” was a real sentiment in 1987, no matter the revisionism that blacks that era out, almost as if Iommi was cryogenically frozen for nearly a decade. 1987’s The Eternal Idol, which just turned 30, is Sabbath coming out of Star’s haze, and while some of the sheen hasn’t worn off, Iommi was clearly finding his way again.

If there was a turning point for Sabbath, it’s here. It took another decade for them to come back into real prominence with a reunion of the classic lineup, and there were a couple dips along the way (Cross Purposes was more out of place in 1994 than Idol was in 1987, and not even an Ice-T collab saves Forbidden), but this proved Iommi still had riffs left in the tank, enough to at least sputter in an upward direction. Idol’s creation was particularly rocky, as the lineup going in was completely different from the lineup that ended up on the record. Studios and a manager were changed in the process. Some stability emerged from the chaos in the form of Tony Martin, who had the longest stay as vocalist next to Ozzy Osbourne, and he was the replacement Iommi badly needed once Deep Purple’s Ian Gillian left after Born Again. He soared to the demands of the ’80s, with a medieval edge that works when Sabbath get broody.

Idol kicks off with two of the strongest songs from the Martin era, “The Shining” and “Ancient Warrior”. The former sets the standard for a Martin-Iommi jam: a slower pace that is still more melodic than the Sabbath of yore, loads of embellishments that only Iommi can pull off, soft keyboards giving the edge to Martin’s hair-raising vocals, and an air of terror that’s campy yet convincing. It’s goopy fun that the movie it shares a name with isn’t. Iommi’s chorus riff is some of his most tense playing, pairing well with Martin’s dramatic climbs. “Warrior” brings out some vintage electronics leftover from Mob Rules and also features some of Iommi’s most ecstatic soloing. It would fit in perfectly on a Dio Sabbath record, and yet Martin nails its darkness with a more weary tone. Both set the template for Headless Cross and Tyr, where Iommi would delve deeper into drawn-out songs; Cross’ title track in particular perfects upon the formula created by “Shining” and “Warrior”.

As metal was speeding up, Iommi had to react. “Lost Forever” tumbles through in a way few Sabbath songs do, and “Born to Lose” draws upon the raunchy crunch of “Digital Bitch” from Born. The second half of “Glory Ride” features some particularly shreddy soloing from Iommi, almost conjuring the glory of “Neon Knights”. None of these songs are bad, but it’s clear Iommi is trying to catch up. Were he more plugged into the underground, he would have picked up on Wichita’s Manilla Road, specifically Open the Gates and The Deluge, both of which added a thrash jolt to their more traditional power metal sound without compromising on either. Three years after Idol, Sabbath’s fellow pioneers Judas Priest would out-speed the thrash young bucks with Painkiller, one of metal’s few great comeback records. What Sabbath were doing wasn’t unusual, it’s just their grasp wasn’t as keen as others.

Flawed Sabbath is still better than most bands at their best, and that’s what makes their ’80s material, particularly Idol, so compelling. Beneath perpetual confusion, Sabbath made an album that at the very least is worth revisiting, or examining for the first time if you’re not up on the band’s ’80s output. It may not be entirely themselves, and yet it still feels like no one else could have made it but them.