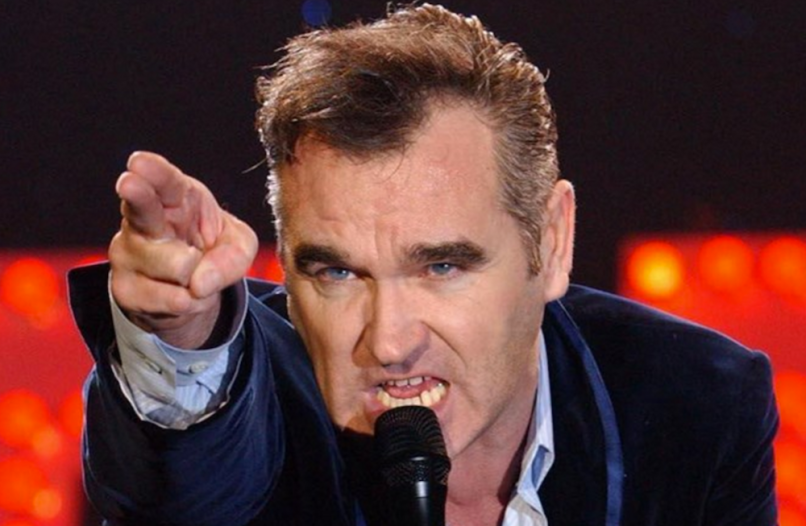 Morrissey had some rather ridiculous things to say just a few days ago, when he spoke out in defense of both Kevin Spacey and Harvey Weinstein. Believe it or not, the former Smiths frontman has even more explosive opinions he needs to get off his chest. This time, Morrissey claims he’d be OK with killing Donald Trump “for the safety of humanity.”

In a recent interview with German magazine Der Spiegel (via Exclaim), Morrissey spoke at length about the 2016 US election and Trump’s time in the media spotlight. “Trump has received so much attention, especially when compared to other candidates — Bernie Sanders, for example. Although the media said he would not win, every day, all the headlines: Trump, Trump, Trump, Trump!”

“The American media helped Trump, yes, they first created it,” he explained. “Whether they criticize him or laugh at him, he does not care, he just wants to see his picture and his name. The American media have shot themselves in the leg.”

Despite dragging the media through the mud, Morrissey didn’t offer any excuses for our perpetually pathetic excuse for a president. He noted that Trump has “exhausted the world” and simply “grabs after everything like a little child” (or alleged sexual abuser). “He is not a leader,” he added, “He is vermin.”

The interviewer continued to press Moz on his thoughts regarding Trump’s incompetency, asking hypothetically, “If there was a button here and if you pressed on it, Trump would die — would you push it or not?” And that’s when Morrissey — never one to mince his words — dropped his bombshell of a statement: “I would, for the safety of humanity. It has nothing to do with my personal opinion of his face or his family, but in the interest of humanity I would push.”