Frank Underwood's reign has come to a sudden and abrupt end 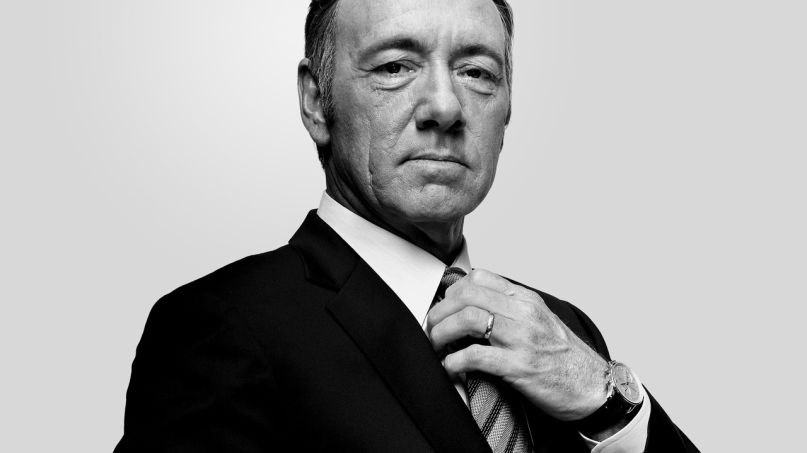 A day after eight House of Cards employees came forward to accuse Kevin Spacey of inappropriate behavior of a sexual nature, reports indicate that Netflix intends to write Spacey’s character out of the show. The House of Cards on-set allegations join an unfortunate chorus of accusations of predatory behavior against the actor, who is currently seeking “evaluation and treatment.”

Update – 9:20 p.m. CT: Netflix has officially cut ties with Spacey. Per a statement released Friday night: “Netflix will not be involved with any further production of House of Cards that includes Kevin Spacey. We will continue to work with MRC during this hiatus time to evaluate our path forward as it relates to the show. We have also decided we will not be moving forward with the release of the film Gore, which was in post-production, starring and produced by Kevin Spacey.”

The show’s entire sixth and final season had already been carefully plotted out and two episodes had been filmed when actor Anthony Rapp went public with the first allegations against Spacey. Rapp’s statement began a ripple effect of claims of inappropriate sexual behavior against the Oscar winner, and sent Netflix and House of Cards producers Media Rights Capital to the show’s set “to ensure [the cast and crew] continue to feel safe and supported,” and set up an “anonymous complaint hotline, crisis counselors, and sexual harassment legal advisors for the crew.”

Netflix had already halted production on the show, and The Hollywood Reporter reports that the shutdown will last for at least two weeks while the writing staff figures out a way to write Spacey’s Frank Underwood character off the show. Although it may be hard to imagine House of Cards without Frank Underwood, in the Michael Dobbs novel on which the show is based, Underwood dies. Robin Wright, who plays Claire Underwood, has been brilliant throughout the show’s run and seems poised to become the central character in House of Cards’ final season.

The entire revelatory saga has been a sad affair, with Spacey’s poorly worded response to Rapp’s statement drawing a great deal of ire from various members of the LGBTQ community when the actor came out as gay in his apology. More on this story as it develops.