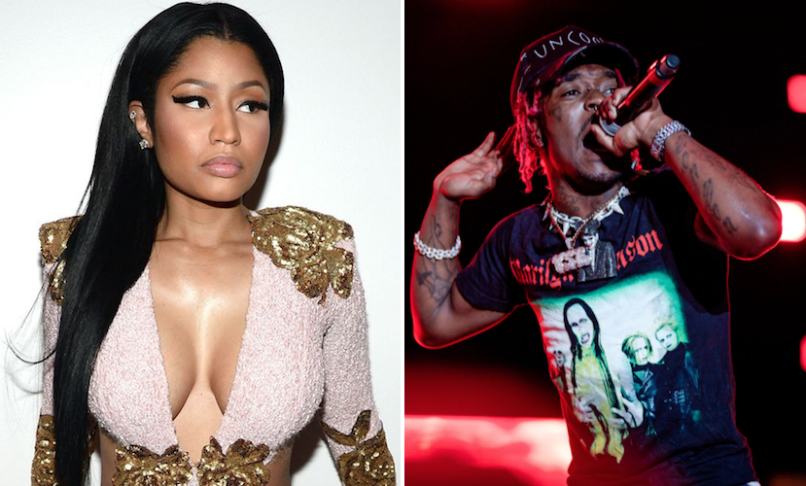 Nicki Minaj might go down with the most feature appearances of 2017. She’s jumped on tracks with Katy Perry (“Swish Swish”), Major Lazer (“Run Up”), Gucci Mane (“Make Love”), Future (“You Da Baddest”), Calvin Harris (“Skrt on Me”), London On Da Track (“No Flag”), and of course her Yo Gotti collab “Rake It Up” and last week’s “MotorSport” alongside Migos and Cardi B. (She also linked up with DJ Khaled on Grateful, but who didn’t, amiright?) That’s not even mentioning her own guest-heavy tracks, like the Drake and Lil Wayne joint “No Frauds”. Now, the queen of rap is back with another guest verse on the remix of Lil Uzi Vert’s “The Way Life Goes”.

The track comes from Vert’s chart-topping Luv Is Rage 2, which dropped over the summer. Not much of the song has changed except for the addition of Minaj’s distinct flow as she raps, “Man, you beggin’, it’s a doozy/ But beggars cannot be choosey/ Been a queen for eight summers/ Just tell ’em to call me Suzy.” Take a listen below.